President and CEO
Florizelle (Florie) Liser is the third President and CEO of CCA. Ms. Liser brings expertise and an extensive network on trade and Africa to her new role, along with a strong track record of working with the private sector to translate policy into action. She is the first woman to lead the Council since its founding in 1993.

Ms. Liser joined CCA from the Office of the U.S. Trade Representative (USTR), where she was the Assistant U.S. Trade Representative for Africa since 2003. At USTR, she led trade and investment policy towards 49 sub-Saharan African nations and oversaw implementation of the African Growth and Opportunity Act (AGOA).  Previously, Ms. Liser served as Assistant U.S. Trade Representative for Industry, Market Access, and Telecommunications from 2000-2003. She also served as Senior Trade Policy Advisor in the Office of International Transportation and Trade at the Department of Transportation from 1987-2000; worked as a Director in USTR’s Office of GATT Affairs, and served as an Associate Fellow at the Overseas Development Council (ODC) from 1975-1980. 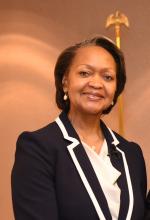 One primary way we support members is by providing 'on-the-ground' support on the continent.