Maputo, Mozambique  - June 21, 2019 - Heads of State, Vice Presidents, and Prime Ministers from nine African nations attended the Corporate Council on Africa’s 12th U.S.-Africa Business Summit in Maputo, Mozambique on June 18-21.  They were joined by Ministers of Finance, Foreign Affairs, Commerce, Economy, Public Works, and ICT from more than 25 countries across the continent. The Government of Mozambique was the Summit co-host, and the more than 1,000 Summit attendees including government and business leaders, investors and policy makers were welcomed to the Joaquim Chissano International Conference Center, Maputo by His Excellency Filipe Nyusi, the President of Mozambique.

In his welcome address, President Nyusi noted that the number of people present and the decision to host the event in an African capital reflects the continent’s strategic importance and economic potential. 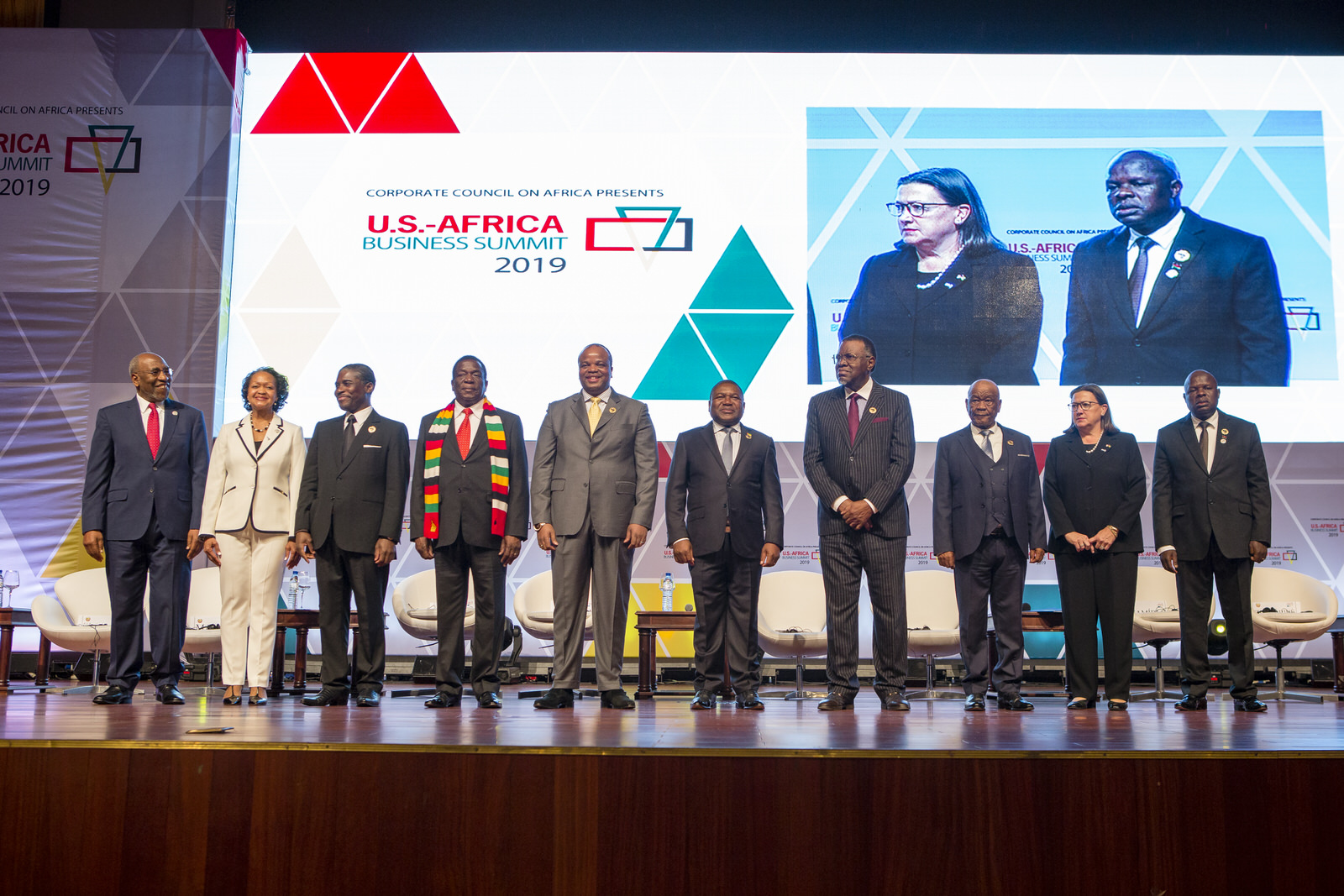 President Nyusi urged delegates to take advantage of the investment and business opportunities that would be highlighted during the Summit. He went on to say that the $62 billion in investment between Africa and the U.S. last year was evidence of “a very encouraging picture of the growing trade and commercial relationship between the U.S. and African countries, and it is up to business owners on both sides of the continent to take advantage of them.”  President Nyusi called on African businesses and governments to identify partners and overcome any challenges inhibiting the development of stronger economic ties between Africa and the United States. He said, “Africans must continue to devise more assertive strategies to defend our interests and to negotiate as best as possible with our partners, creating the most appropriate conditions for the business environment, without forgetting the wealth of strategic partnerships that we can cement among us.”

In her keynote remarks, Deputy Secretary Kelley spoke of the U.S. commitment to ensure that trade between America and Africa was mutually beneficial. “US exports to Africa have decreased by 32% from their 2014 high. And we want to work with you to better understand how to reverse this trend,” said Hon. Kelley. She announced the outline of a new U.S. Administration initiative – Prosper Africa – which was officially rolled out at the Summit. USAID Administrator Mark Green later provided Summit delegates with more details on Prosper Africa including its goal to expand U.S.-Africa trade, investment and commercial engagement by leveraging the resources and capabilities of many U.S. government agencies and creating deal teams supporting U.S. private sector investments in Africa. 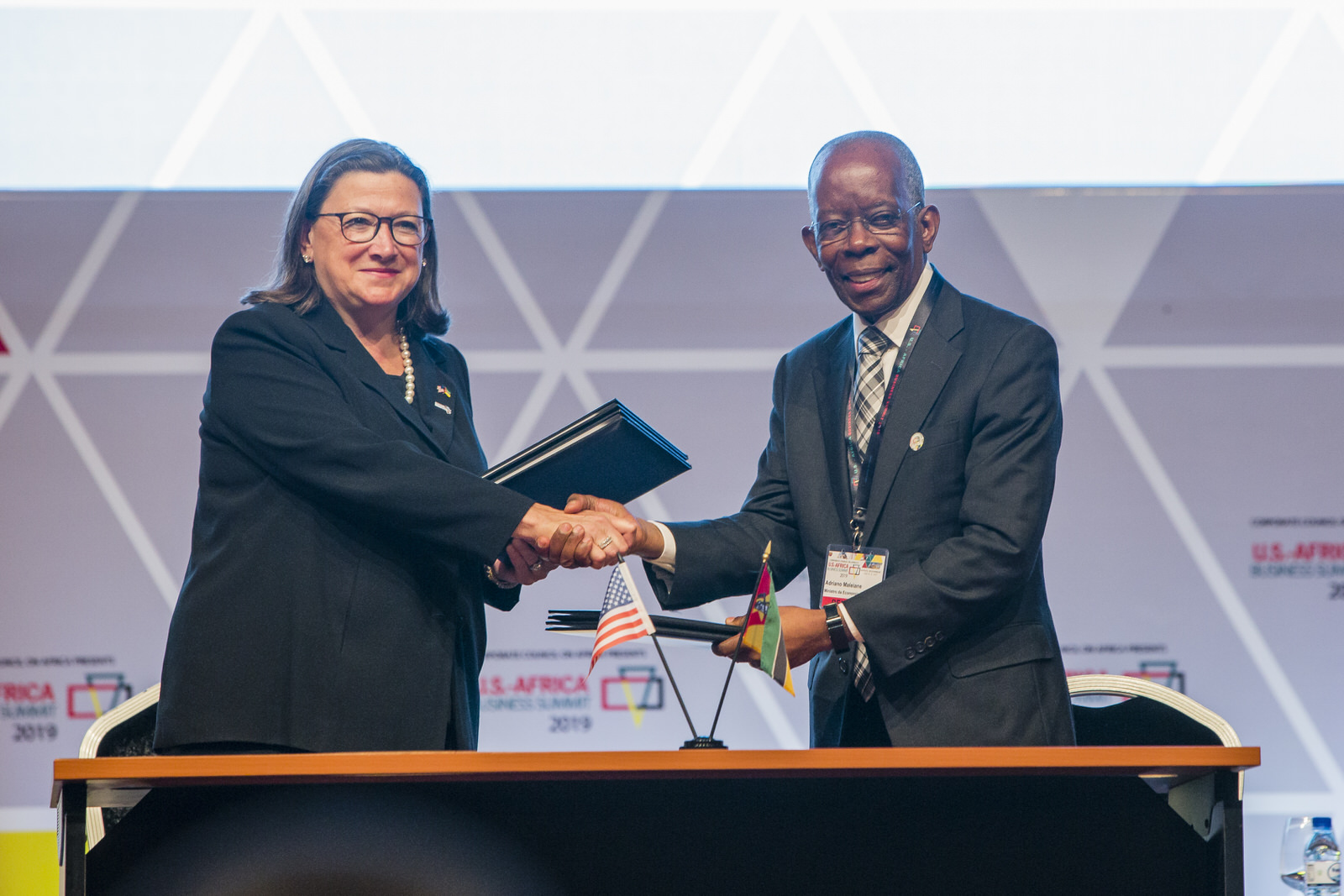 Throughout the Summit, delegates focused on the Summit theme – “Advancing A Resilient and Sustainable U.S.-Africa Partnership’’ – by way of plenary sessions and panels that covered a range of sectors such as energy, health, infrastructure, consumer goods, and creative industries as well as topics including blended finance, franchising, sovereign wealth funds, and the business case for empowering women.

Taking place shortly after the African Continental Free Trade Area (AfCFTA) began implementation, the Summit was an opportunity for U.S. and African CEOs, entrepreneurs and investors attending the Summit to begin taking exploring the continental market with $2.5 trillion GDP and 1.2 billion people. 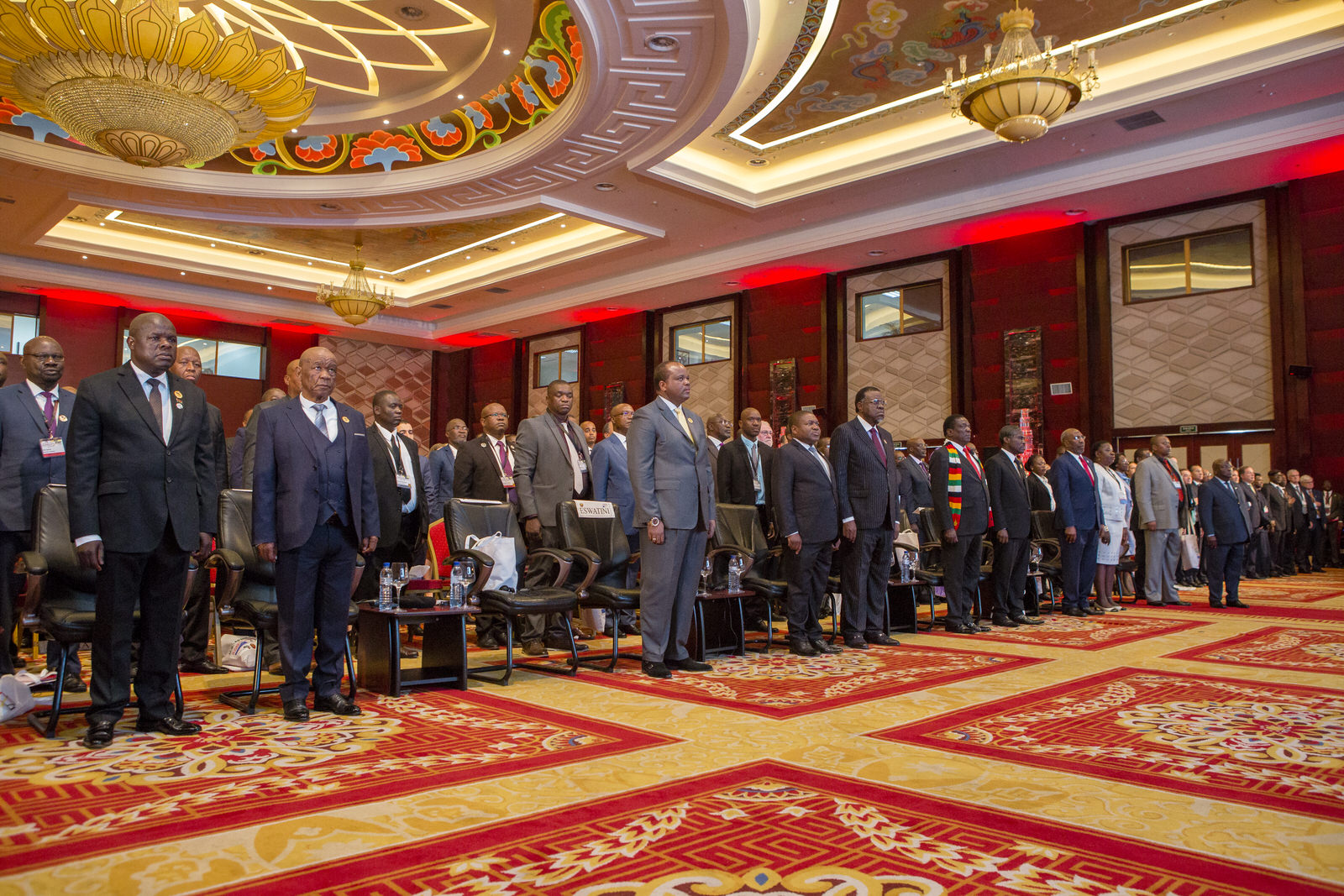 For the Corporate Council on Africa, the Summit was designed to offer a unique platform for African and U.S. businesses and government leaders to network and explore practical ways to increase U.S.-Africa economic engagement. CCA President and CEO, Florizelle Liser remarked, “I encourage all delegates to use the Summit as a time to help shape the flourishing trade, investment and commercial partnership between the U.S. and Africa.” She also noted that African businesses could benefit from the Summit – taking advantage of the hundreds of U.S. companies rarely present in such large numbers at a conference focused on Africa.  During the Summit, a number of deals and projects were finalized and announced, including in energy, agribusiness, and infrastructure.

ABOUT CORPORATE COUNCIL ON AFRICA

Corporate Council on Africa is the leading U.S. business association focused solely on connecting business interests between the United States and Africa. CCA uniquely represents a broad cross section of member companies from small and medium size businesses to multinationals as well as U.S. and African firms. Learn more at www.corporatecouncilonafrica.com