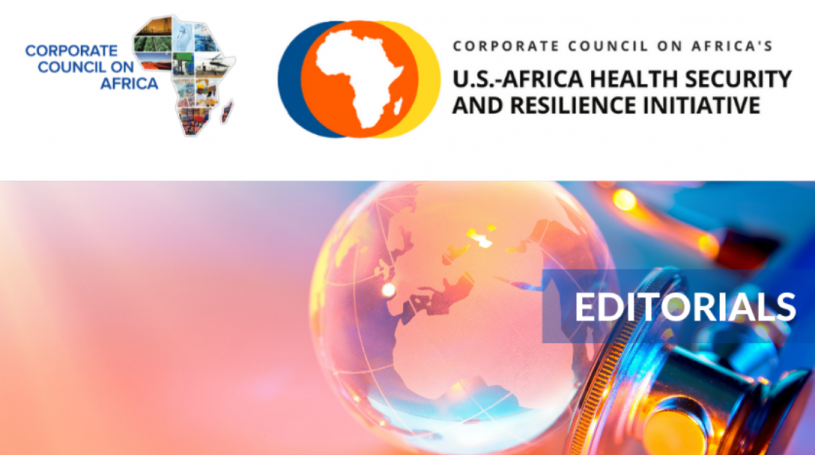 On September 23, President Biden hosted a virtual global summit on COVID 19, “Ending the Pandemic and Building Back Better.”    The White House has invited 100 leaders from governments, companies and organizations to participate and commit to achieve four ambitious goals:

2) save lives now by expanding supplies of oxygen, PPE, tests and therapeutics;

The President and Vice President separately announced significant U.S. commitments to each of these goals, including donating an additional 500 million Pfizer doses for Low and Middle Income Countries (bringing the total to 1.1 billion), beginning in January, $370 million to help countries administer vaccines and an initial $250 million to the Financial Intermediary Fund (with an additional $850 million requested from Congress).  The Development Finance Corporation (DFC) will provide $383 million to Gavi to deliver vaccines to nine countries, while continuing to support local production of 2 billion vaccines.  The U.S. also announced plans to strengthen countries’ health systems (including $250 million from PEPFAR) and expand oxygen and testing supplies.  The President also announced that Secretary Blinken will convene Foreign Ministers in December to follow up on these global goals as the first of several high-level engagements designed to improve global political health coordination.  The commitments the President announced also build on the plan that President Biden announced in early September as America’s domestic “Path out of the Pandemic,” which outlined six areas of effort to expand vaccinations and testing, increase the provision of antibodies and other treatments, expand testing and mask requirements and supporting schools and businesses.

The global summit’s focus on tangible short- and medium-term results is welcome, as is the expanded focus beyond just COVID vaccines to also include critical items like vaccine distribution and inoculation, testing, oxygen and other treatments.   While all of the elements announced are important, two points are worth highlighting.  First, the world is at the point where vaccine production is increasingly on track, and the core issue is distributing doses and delivering them to patients in areas with lower vaccination rates.  Second, Africa must be the primary focus, both in terms of immediate delivery of vaccines to reduce threats to all of us, and in terms of building on the best model of regional coordination as a guide for what a better global system should look like.

The summit quoted the goal of inoculating 70% of the world’s population, which is generally estimated to require 11 billion doses.   Just over 6 billion doses have been given to patients, as of September 23.   Respected research firm Airfinity estimates that companies may deliver up to 12 billion doses by the end of 2021 (half of which would come from Chinese producers).  Airfinity forecasts that companies could deliver as many as 24 billion doses by June 2022.  Additionally, as developed countries’ vaccination programs reach ever higher rates, they have increasing stocks of ‘excess’ vaccines available every month, and may have 1.2 billion doses that could be made available to low and middle income countries by the end of 2021, even after giving their populations boosters.

The vaccine distribution numbers illustrate just how glaring the disparity is in Africa.  Europe, North and South America have all delivered more than 97 COVID vaccine doses per 100 people, Asia is rising fast at 87 and Oceania has increased rapidly to 75.  Africa remains far behind at 10 per 100 people.  Bringing Africa up to the same levels as the rest of the world is challenging, but feasible.  Africa has delivered 122 million COVID vaccine doses (as of September 20), almost double the total from a month ago.  This is still far short of the roughly 620 million doses that COVAX (the COVID 19 Vaccines Global Access initiative of the WHO, the Vaccine Alliance, the Coalition for Epidemic Preparedness Innovations (CEPI) and the Global Vaccines Alliance (GAVI)) had targeted for delivery in 2021 to provide protection for roughly a third of the population.  Depending on whether one or two shots are necessary, Africa could need up to 1.6 billion additional vaccine doses to protect its population over 12.   The U.S. and EU (among other developed countries) should pursue immediate vaccine swaps with African countries to help accelerate inoculation campaigns where they are needed most; several countries in Asia and Oceania have used these swaps to quickly ramp up their campaigns without disturbing underlying company manufacturing schedules.

A focus on Africa also makes sense not just to address vaccine equity, but also because Africa has already put in place a number of the measures that all regions of the world will need to address to better prepare for the next pandemic.  African leaders have done a good job of creating the right structures at the leadership level that have allowed them to make efficient and unified decisions on important policy issues.  Africa’s response has already made the private sector part of the solution in innovative ways that saved money and lives and underscores the political leadership’s determination not to rely on charity for their future health security.  In 2020, the African Union’s African Medical Supplies Platform (AMSP) converted serious shortages of critical PPE across the continent to efficient deliveries across Africa and even surpluses, while creating opportunities for African companies to step into critical gaps in global supply chains.  African leaders have taken a similar approach on vaccine production, setting a target of providing at least 60% of the vaccines the continent consumes by 2040.  South Africa’s Aspen has already invested in expanding its production [with the support of the U.S. International Development Finance Corporation (DFC) and other international agencies] by 400 million doses over the coming year.  Pfizer has also partnered with South Africa’s Biovac Institute to produce 100 million over the next year.  Companies are working with other facilities in Ghana, Tunisia, Kenya and most recently Rwanda to increase COVID vaccine production.  Africa has already proven to be the most innovative continent in terms of deploying digital innovations to provide critical services despite COVID lockdowns.  These innovations will only accelerate the development of this significant new market segment, as African governments have already signaled that they will look to devote significant further efforts to expand not just e-health but also better use of data.

Leaders can achieve the summit’s worthy goals first and foremost by making more COVID vaccines available for African countries.   Given that companies are on track to make 1.5 billion doses a month, making an additional 500 million doses available by the end of 2021 for Africa should be feasible – and would cut the vaccination gap with the rest of the world in half.  The announced support for African vaccine manufacture is also a critical part of the solution – as Aspen’s production of 500 million doses by the end of this year illustrates.  Accelerating support from investment funds and other support mechanisms is critical to stand up additional manufacturing capacity, including for vital inputs and ancillary equipment (like reactor bags and vaccine vials).  Support for increasing the capacity of local health authorities to test and process results would be important, as is finding a mechanism to support more Research and Development in Africa by Africa, particularly on diseases affecting Africans and those that have the potential to cross to the human genome.  Expansion of digital health services is an equally important and related area that deserves focus, as is using existing data to better manage diseases, coordinate deployment of health workers, and more efficiently manage supply chains and distribution.

CCA’s Health Security and Resilience Initiative is focused on addressing exactly these kinds of problems, bringing both U.S. and African private companies together to see how they can help governments address challenges and improve health outcomes.  CCA stands ready to engage with African, American and other international partners to begin implementing some of these exciting policies and health innovations for follow up, while putting in place the conditions for much greater health security in Africa as a key factor in sustainable prosperity and greater partnership between the U.S. and Africa.  CCA looks forward to partnering with the White House and other U.S. government and private sector stakeholders to make Africa a major focus in this important new White House initiative.