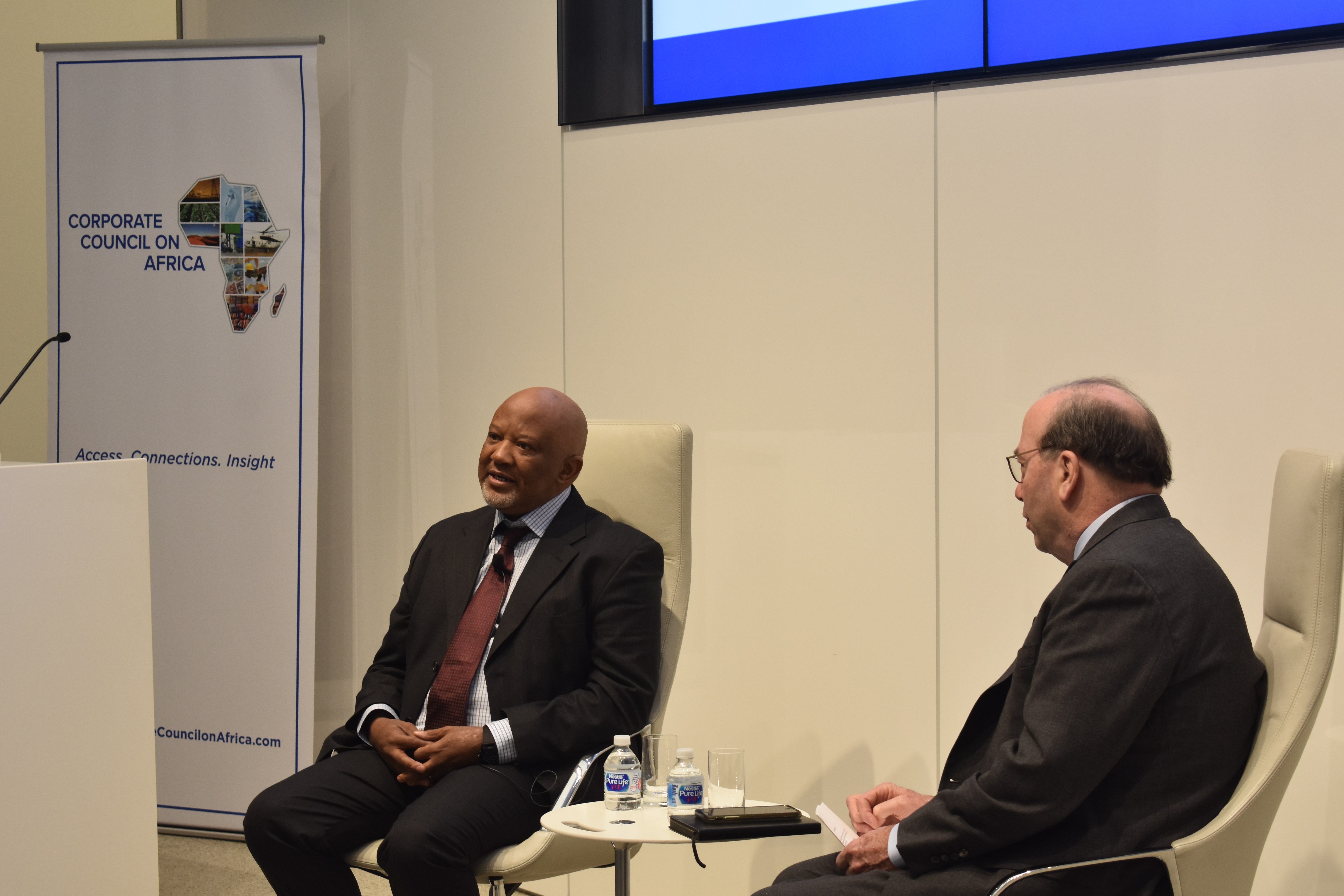 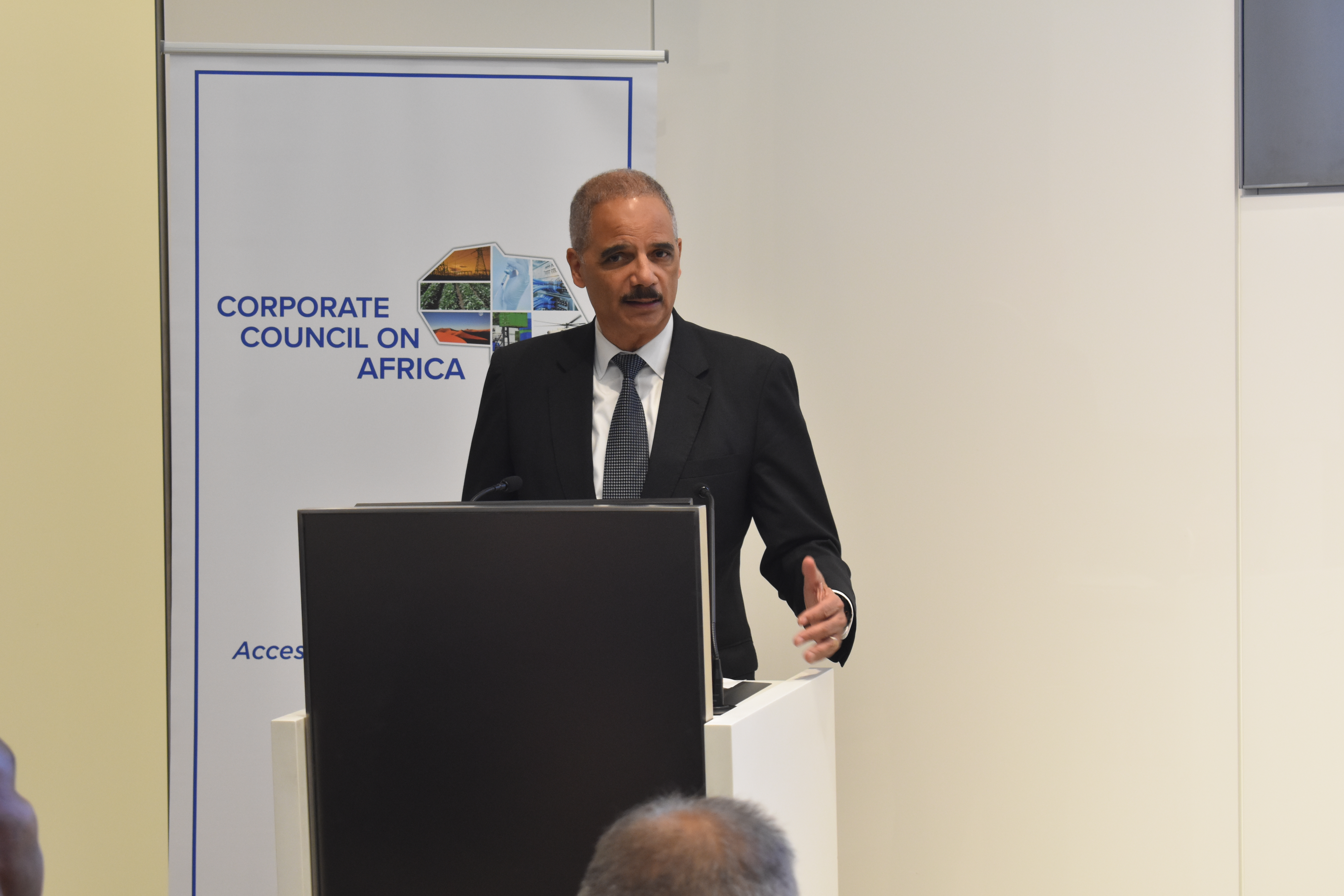 On Wednesday, November 13, 2019, CCA hosted “A Dialogue with Mcebisi Jonas” at Covington & Burling LLP.  Covington’s Witney Schneidman opened the event, followed by remarks from Eric H. Holder Jr., 82nd Attorney General of the United States. Schneidman moderated the dialogue with Mcebisi Jonas, a former South African Finance Minister and parliamentarian, currently serving as an Investment Envoy for President Ramaphosa and Chairman-Designate of MTN. He and three other new presidential envoys aim to attract $100 billion in investment to South Africa.

Jonas highlighted the need to reverse longstanding suspicions of the private sector and to improve the business climate in South Africa. This included reducing regulations and strengthening prosecutorial authority. South Africa had been too slow to address state capture and was inadequately addressing the problems of unemployment and poverty.

Jonas further addressed the state of the ANC, connecting its loss of credibility to corruption within the party. South African leadership is realizing the need to improve the investment climate, drive prosecutions, and rehabilitate the state.  Jonas was hopeful that the Ramaphosa administration would address these “existential” challenges. The private sector would be a critical partner.

On MTN, Jonas viewed population growth in Africa as an opportunity for market growth. Challenges include an inconsistent regulatory environment across the continent, data protection issues and the need to increase fintech.

On South Africa’s electricity utility, he stated that ESKOM needed to be opened up to the private sector. Its biggest challenge in the next 3-6 months will be improving efficiency to reduce debt and restructuring to emphasize renewables.

On the Africa Continental Free Trade Arrangement (AfCFTA), Jonas noted the difficult road ahead and stressed the need to focus first on increasing the harmonization of Africa’s bigger economies.

Finally, he concluded that sustainable growth in Africa depends on solutions that involve the private sector and prosecute acts of corruption. Africa’s youth needs more sources of inspiration and improved educational outcomes.