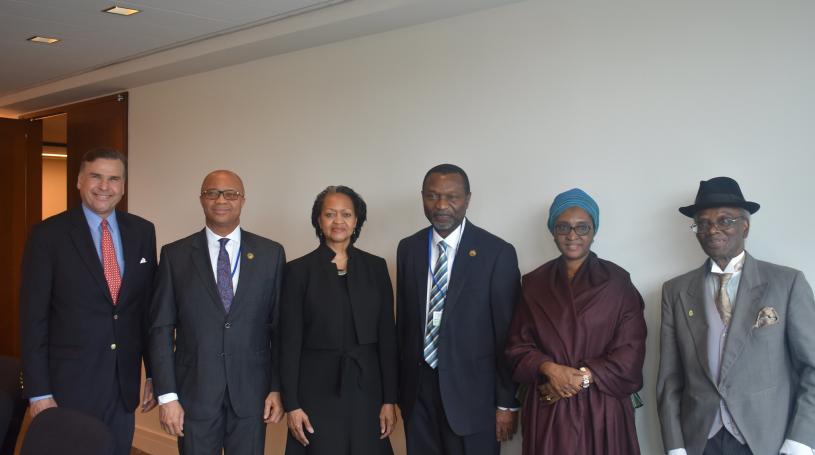 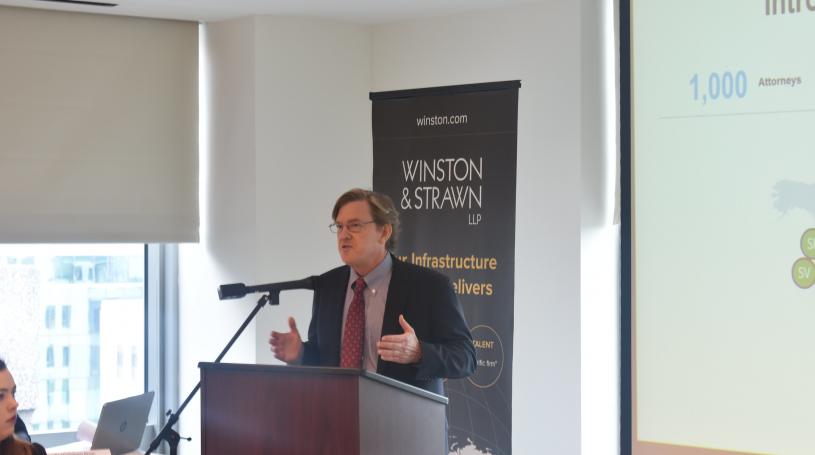 On Friday April 12, 2019, on the sidelines of the World Bank Spring meetings, Corporate Council on Africa (CCA) hosted the Nigerian Minister of Budget & National Planning and the Nigerian Minister of Finance as part of its High-Level Dialogue Series. The High-Level Dialogue was hosted by CCA member Winston & Strawn LLP at their offices on K Street, Washington DC. Partner, Tom Trimble gave opening remarks and invited attendees to enjoy a plated lunch before the presentations. CCA President & CEO Florizelle Liser, gave welcome remarks during which she noted CCA’s close working relationship with the government of Nigeria, and the thriving private sector.

Senator Udoma Udo Udoma, Hon. Minister of Budget & National Planning gave the first presentation. His presentation was focused on Nigeria’s economic outlook for 2019. He reminded guests that Nigeria has witnessed successive, smooth democratic transitions since 1999. President Buhari recently secured a second term in office and the goal of the administration is to consolidate and further expand investor friendly policies. He then turned his attention to the Economic Recovery and Growth Plan (ERGP). The goal of the ERGP is to restore growth, build human capital and build a globally competitive economy.

The President has set up a committee chaired by the Vice President, H.E Prof. Yemi Osinbajo tasked with fast-tracking the growth plan with the target to get the economy growing at 7% in order to make a substantial dent in poverty and create jobs. He highlighted some of the policy reforms and initiatives which the government has introduced to improve the economy. For example, the CBN established an investors and exporters FX window to deepen the FX market, boost liquidity and accommodate all FX requirements.The government has also established the Nigeria Industrial Policy and Competitiveness Advisory Council as a vehicle for partnering with the private sector on the Industrialization Agenda.

Nigeria has successfully come out of recession - the Honorable Minister presented figures showing real GDP growth which has been driven by the non-oil sector which has been growing at over 2%. He also presented other macroeconomic indicators which show an improvement in the economy.

The second presentation was made by Minister Zainab Ahmed the Honorable Minister of Finance, Federal Republic of Nigeria. She highlighted the priority areas for the Ministry of Finance and the administration. One priority is improved revenue generation for sustainable economic growth.

Recently the Ministry launched the Strategic Revenue Growth Initiatives which aims to boost revenue generation in order to meet targeted revenue to GDP ratio of 15% as set out in the ERGP. The initiative has 3 thematic areas: (i) achieve sustainability in revenue generation; (ii) identify new and enhanced enforcement of existing revenue streams and (iii) achieve cohesion (people and tools). She explained that in 2019 and in line with the ERGP, the government will continue to invest resources in achieving the following fiscal priorities: enhancing revenue generation, collection and monitoring; fiscal consolidation by optimizing priority capital and recurrent expenditure, optimizing management of both domestic and global fiscal risks and increased coordination of fiscal, macroeconomic, monetary and trade policies.  The Honorable Minister concluded by stating that the Nigerian government is actively seeking investors to partner with as they consolidate on the recent economic recovery & plot a trajectory for diversified, sustainable and inclusive economic growth.