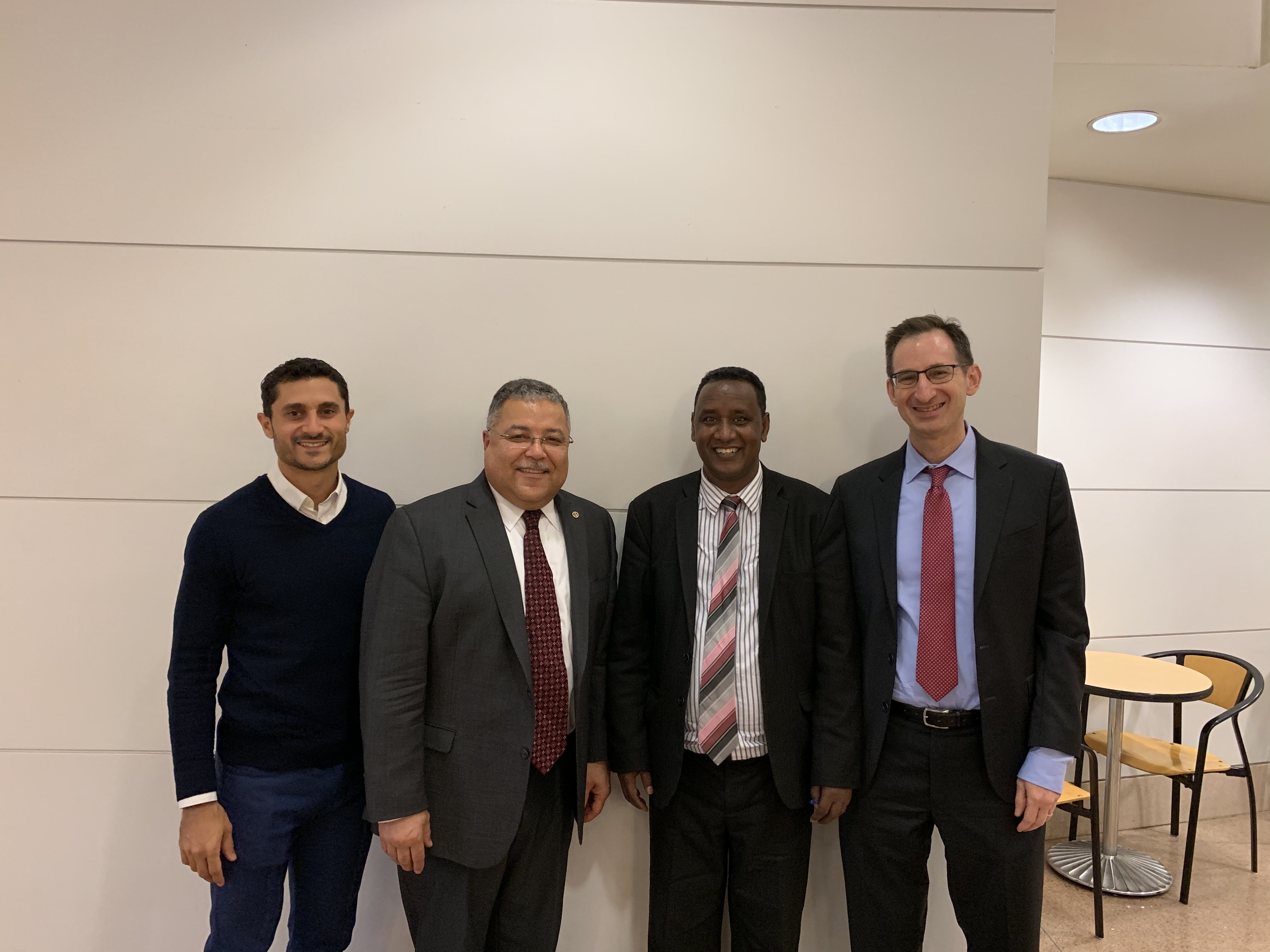 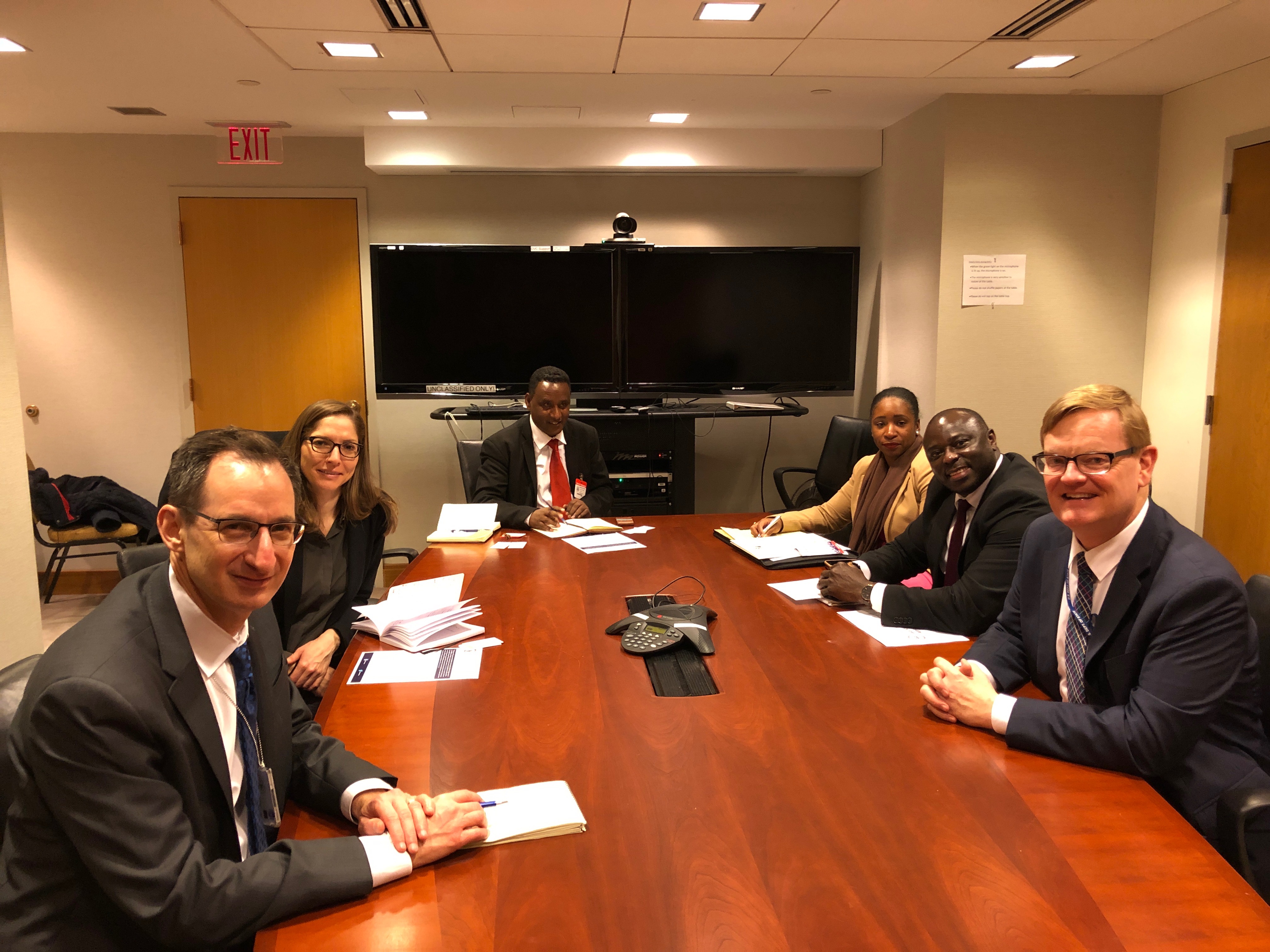 During the week of November 18th-22nd, 2019 CCA hosted Mr. Wubie Kassa, a distinguished Humphrey Fellow. Mr. Kassa is the Deputy Secretary General of The Ethiopian Chamber of Commerce and Sectoral Associations (ECCSA), a reputable business organization that works in business development and advocates for the rights of the private sector. The ECCSA aims to promote a conducive business environment to invest and create trade links with Ethiopian products and services to other markets. It facilitates capacity building opportunities for members, and influences policy-making efforts towards job creation, and opens the economy to privatization and directing investment opportunities.

During his placement with the CCA he attended meetings with personnel from various organizations including Fred Stewart, Director, Office of Africa, U.S. Chamber of Commerce, Stephan Dreyhaupt, principal economist for eastern and southern Africa, IFC, and Raphael Sambou, Bureau of Economic and Business Affairs, U.S. Department of State, and Jeremy Streatfield, Director of African Affairs, United States Trade representative. These meetings were significant in shedding light on the U.S. economic policy framework and U.S. perspectives on development models to increase investment opportunities.

Mr. Kassa has immense experience working at both the regional and federal levels of government, and his expertise ranges from agriculture to micro-enterprises to cooperatives. His experience was showcased during the meetings where he elaborated on how the ECCSA functions in regard to trade and investment, capacity building, and advocacy policy.

Mr. Kassa also had the opportunity to learn about the work that CCA does to promote U.S.-Africa trade and investment. He met with Florie Lizer, CEO and President of CCA, and attended a CCA Health and ICT working groups. With the knowledge gained from his time here in Washington DC, Mr. Kassa hopes to play a stronger role in initiating dialogue with key government and non-government stakeholders in Ethiopia.

As his Professional Affiliation hosts, CCA is delighted to have hosted Mr. Wubie Kassa and found his time with us very productive and informational.