A Dialogue with H.E. Carlos dos Santos, Ambassador of Mozambique to the U.S. 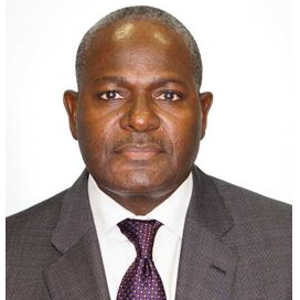 On Thursday, April 30, 2020, Corporate Council on Africa hosted a webinar featuring H.E. Carlos dos Santos, Ambassador of the Republic of Mozambique to the United States of America on the impact of COVID-19 in Mozambique, the government’s response to tackling the pandemic, and the economic outlook as they work to mitigate the economic shock. The discussion was moderated by the Florie Liser, President and CEO of Corporate Council on Africa.

Ambassador dos Santos began the discussion by detailing that currently Mozambique has 76 coronavirus cases and zero confirmed deaths. The Mozambican government has worked closely with the World Health Organization in following protocols and has ratified a presidential decree for a 30-day state of emergency that has now been extended to May 31, 2020. Implemented measures within the decree include: cancellation of visas, closure of public gatherings and schools, and a 14-day quarantine for travelers. The decree also established an inter-ministerial coronavirus committee led by the Minister of Health and a technical and scientific committee that advises the government.

The government, in collaboration with the Confederation of Business Associations (CTA), has provided cash support, deferral of taxes and levies, and a suspension of payment services in support of SMEs. They have deployed security forces and arranged for social assistance in the Northern region in response to national security concerns. Also, they are aiding agricultural production alongside COVID-19 relief measures.

Mozambique is handling debt relief in a collective effort with the other member countries of the African Union. The International Monetary Fund (IMF) has provided Mozambique $15 million in debt relief and $309 million for balance of payments, SME support, and COVID-19 relief. USAID and the U.S. Embassy in Mozambique have worked on developing health systems in the country. Community leaders have also been imperative in the dissemination of safety protocols and procedures to community members.

Ambassador dos Santos asserted that despite current holds on certain investments, such as the Exxon LNG project expected to begin later in the year, the country is still a preferred investment destination. He highlighted Mozambique’s favorable macroeconomic conditions, political stability, and key assets like gas and minerals. According to the Ambassador, plans for commencing the commercialization of the Mozambique LNG projects are still set for 2024. He further disclosed that Mozambique has maintained its connections with the U.S. private sector through partnerships with Acrow Bridge on infrastructure projects, talks with Bechtel for future project prospects, and collaboration with Coca-Cola in combatting COVID-19.

Addressing the economic shock, Ambassador dos Santos informed viewers that Mozambique has qualified for a second compact with the Millennium Challenge Corporation and has since been assigned a national coordinator that will assess areas of economic growth with the compact.

In closing remarks, Florie Liser encouraged the U.S. and African private sectors to continue to support African governments to battle COVID-19 and to help economic recovery on the continent.