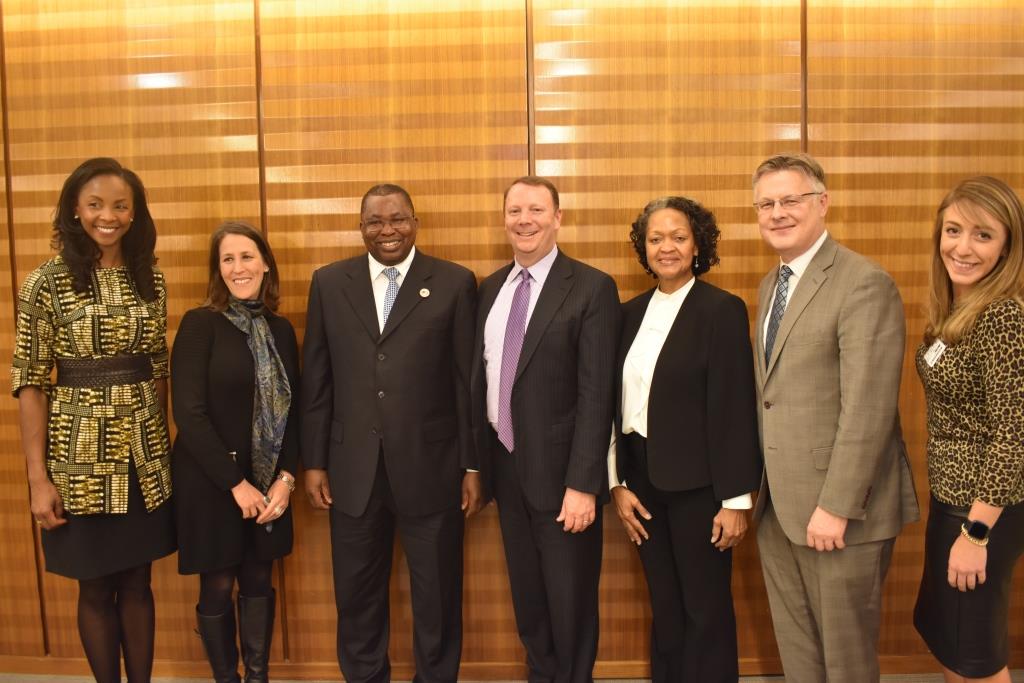 Caption: A cross section of delegates at the PAC-DBIA Roundtable with AU Commissioner for Trade Albert Muchanga

On November 14, 2019, CCA and the U.S. Chamber of Commerce collaborated in organizing a roundtable with African Union Commissioner for Trade and Industry Albert Muchanga, hosted by the President’s Advisory Council on Doing Business in Africa (PAC-DBIA).   The event took place at GE on the margins of the U.S.-African Union High Level Dialogue, with a group of about 30 U.S. government and private sector representatives, as well as AU officials.

Commissioner Muchanga offered his vision of the African Continental Free Trade Area (AfCFTA).  He and his team are working on continental payment systems, rules of origin, agreements to liberalize services, the creation of a trade observatory and other preparations – all of which should be ready by the implementation of the AfCFTA starting on July 1, 2020.  Muchanga highlighted the opportunities offered by a continent-wide market with harmonized systems, commenting that he needed to do more to explain AfCFTA to the private sector.  He hoped the U.S. government would provide the AU with technical assistance.

According to Muchanga, Africa’s Regional Economic Communities (RECs) are collaborating closely on the creation of the AfCFTA.  He stressed the need for active private sector engagement in the formation of AfCFTA rules and policies.  The AU is working on a digital strategy and wants to build capacity in e-commerce.  The Commissioner addressed questions about fighting corruption, developing value chains, and clarifying the rules for trade in services.