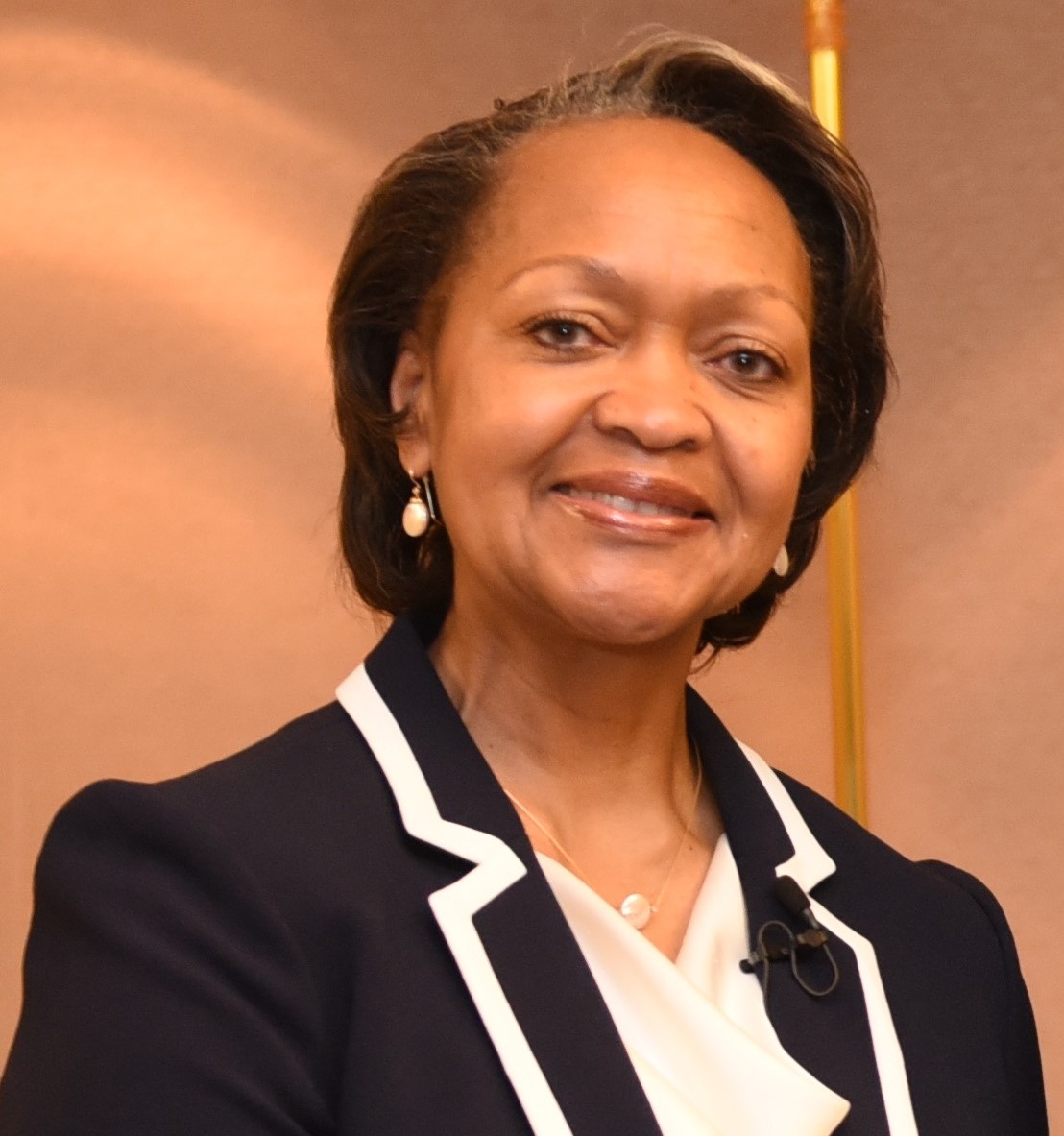 Happy New Year and greetings from CCA!   We started the year with our annual economic outlook in Africa – providing CCA members and stakeholders with the major economic trends expected on the continent in 2020.  Dr.Albert Zeufack, Chief Economist for Africa at the World Bank our annual speaker and foremost expert on Africa’s economy,  painted a mixed picture of the continent’s economic health – and that’s where my thinking is as well as we start the new decade.

There are many reasons to cheer in Africa.   Overall GDP growth on the continent is predicted to remain over 3 percent, slightly higher than the global average, fueled by high growth rates in many countries (for example, Cote d’Ivoire, Ethiopia, Ghana and Rwanda had about 7% GDP growth in 2019, according to the World Bank.)  Dr. Zeufack predicted that four of the fastest growing economies in the world will still be in Africa in 2020 and that African countries continue to top the list of global economic reformers.  There is new optimism in Sudan and Ethiopia and hopes for peaceful 2020 elections in Ethiopia, Cote d’Ivoire, Ghana and Tanzania.

However, the continent also faces some major challenges.  South Africa, Nigeria and Angola – which together make up 60% of Africa’s GDP – continue to show tepid growth.  Global economic uncertainty, declining commodity prices, the effects of climate change and slow investment growth are drags on Africa’s overall economic prospects.   Rising debt levels are also a big concern.  There has been uneven progress in poverty reduction, compounded by governance challenges.   Locust swarms in East Africa (and now Congo) pose a worrying threat and the corona virus is a new source of significant uncertainty and concern, for Africa as in the rest of the world.

Notwithstanding these concerns, I pointed out in a speech at Georgetown University’s Africa Business Conference on February 1 that the African Continental Free Trade Agreement (AfCFTA) holds great promise for more intra-African as well as global trade and investment.  But with the lowest level of overall foreign direct investment of any region in the world, Africa will need to be able to attract more investment for the AfCFTA to succeed, and African governments should continue to focus on how to make their countries more investor-friendly.

That said, the AfCFTA is an historic undertaking that could be a game changer for Africa and the AU is making notable progress in implementing the AfCFTA – naming South African trade expert Wamkele Mene as the new AfCFTA Secretary General and making plans for the Secretariat’s launch in March.   During travel to Mozambique, Ethiopia and Kenya in the past few months, I heard a great deal of enthusiasm for U.S. business and investment in key sectors, not to mention for the role that Africa’s youth are playing as entrepreneurs and as both developers and users of the latest technologies driving Africa’s economic growth..  South Africa’s Ichikowitz Family Foundation released the largest-ever African youth survey in February, pointing to a growing sense of Afro-optimism among young Africans, reflecting a strong sense of individual responsibility, entrepreneurship and confidence in Africans developing solutions to African challenges.

There is also a lot to celebrate in the U.S.-Africa economic relationship.  In February, Secretary of State Mike Pompeo made his first visit to Africa (Senegal, Angola and Ethiopia), stressing the themes of business, entrepreneurship and women’s empowerment.  The U.S. and Kenya announced the beginning of free trade agreement (FTA) negotiations  – a first in sub-Saharan Africa –  during President Kenyatta’s  visit to Washington.   CCA, with its partner the Kenya Private Sector Alliance (KEPSA), was pleased to organize a roundtable in Nairobi the next week to begin bringing the U.S. and Kenyan private sector to the table with senior Kenyan and U.S. government officials to discuss the opportunities and way forward on the Kenya-U.S. FTA.  President Trump named Adam Boehler  (the CEO of the new U.S. International Development Finance Corporation, DFC)  as the new Executive Chairman of the Prosper Africa Initiative, and Prosper held its first big event with over 900 participants in Tunisia.   The United States and Nigeria concluded a Binational Commission meeting and Commercial and Investment Dialogue that moved the ball on many business deals.  And Cape Verde launched direct flights from Washington D.C. to Praia.

During the week of President Kenyatta’s visit, I spoke on a panel highlighting how a free trade agreement can help small and medium sized enterprises, in the United States and Kenya.  Speaking at an event in Baltimore hosted by the AU and USAID, my Senior Advisor highlighted the benefits of AGOA – including the tripling of African non-oil exports to the United States over the past two decades – but also pointed to the importance of preparing for trade arrangements when AGOA expires in 2025, whether through the AfCFTA , bilateral free trade agreements, or new versions of AGOA.

I am frequently struck by how much the United States is doing in Africa that is often not adequately understood or appreciated.   For example, how many Americans have heard of PEPFAR?  But when I travel on the continent, Africans often praise the President’s Emergency Plan for AIDS Relief (PEPFAR) as one of the best things the U.S. government has done in Africa, literally saving generations of HIV- infected people.  CCA was pleased to highlight PEFPAR’s contributions by hosting Ambassador Deborah Birx, the U.S. Global AIDS Coordinator.  We also partnered with Abbott and Gilead to organize an event in Addis Ababa to shine a spotlight on a very encouraging development – the African Union’s political declaration to eliminate hepatitis in Africa, and on the role that the private sector can play in addressing that fight.

The Millennium Challenge Corporation (MCC) is another example of American success on the continent.   In February, CCA hosted a High-Level Dialogue with MCC CEO Sean Cairncross.  While there is a perception that MCC engagement is declining, he said, the organization has invested more than $13 billion through 37 compacts with 29 partner countries in Africa,  and has new authorities to do regional compacts.  Combined with other U.S. government tools – especially the new DFC and a newly empowered U.S. Eximbank – the United States will be putting even more resources into African economic development and into supporting U.S. companies looking to invest in and do business in Africa.

The African Youth Survey found that young Africans overwhelmingly (83 % of those surveyed) have a positive view of the United States.  As Prosper Africa evolves, we will need to do more to explain to Africans what is in it for them.   We should also continue to look for ways to support the AfCFTA and highlight the stake that the United States – both government and business – has in its successful implementation.  Secretary Pompeo’s trip to Africa helped tell the story of what the United States is doing in Africa – and it’s not just about high level official visits.  U.S.-African business relationships play a critical role.

CCA’s U.S.-Africa Business Summit in Marrakech on June 9-12 will be an outstanding opportunity to shine a light on the opportunities in Africa and the U.S.-Africa business relationship, and to create the dialogue around working collaboratively – Africa and the U.S., both public and private sectors – to address  some of the challenges facing the continent.   Hosted with the Kingdom of Morocco, the theme this year will be “New Pathways to U.S.-Africa Business Engagement,” to highlight new U.S. and African business tools and innovations as well as new trade and investment relationships.   The Summit will include sessions on agriculture, manufacturing, ICT, health, infrastructure, finance, entertainment, and women’s economic empowerment, among other issues.  We hope to see you there!