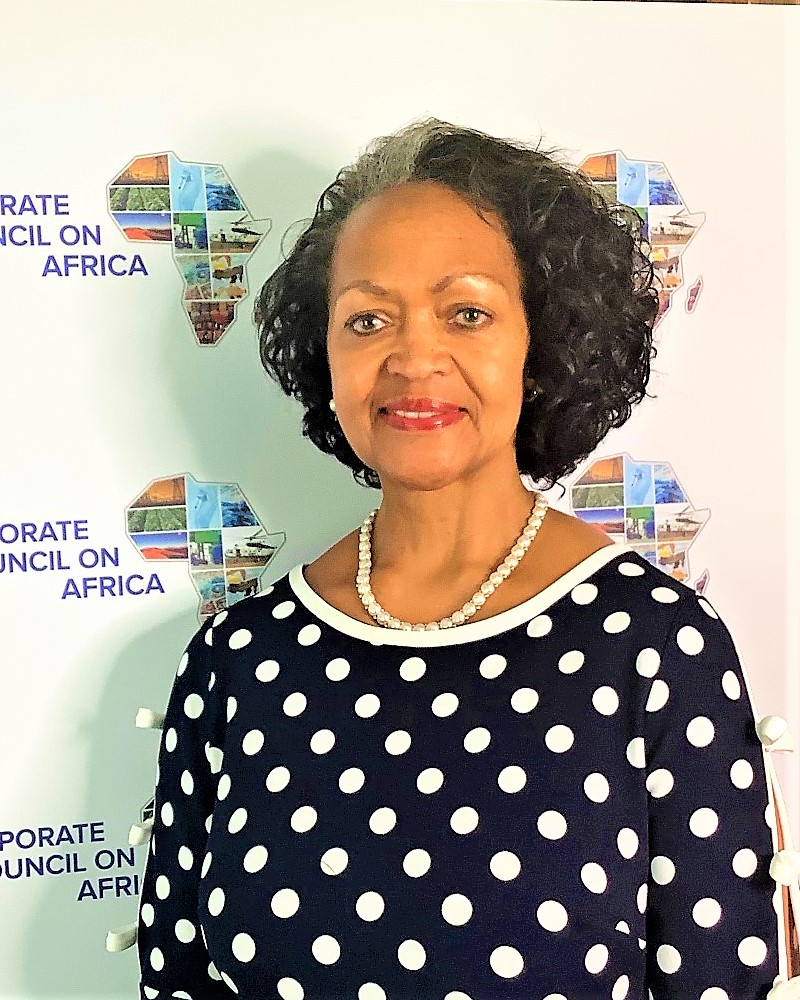 With the world struggling to recover economically from COVID, companies looking to jumpstart and reinvent their business plans on the continent, a new U.S Administration that respects and values partnership with Africa, CCA is looking forward to working with you to explore every avenue and opportunity to deepen U.S.-Africa trade, investment and business ties in 2021.

As the new U.S. Administration advances its “Build Back Better” agenda, I am hopeful that we are moving in the right direction.  I was heartened to hear President Biden strongly affirm his commitment to engaging with Africa in his virtual address to the African Union Summit.  He stated emphatically that his Administration would rebuild partnerships with African nations in a spirit of “solidarity, support, and mutual respect.”  I was also thrilled that the Biden Administration supported Dr. Ngozi Okonjo-Iweala as the Director-General for the World trade organization, paving the way for her to take on this important role, and earlier this week she stepped into that position. This was doubly important, not just because she is supremely qualified for the task, but because the symbolism of being the first African and the first woman to hold this position sends a positive message to Africans and women around the world.

So what are the highlights in these first few months of 2021?  While the United States and African nations cannot yet say that we are in post-COVID recovery, we can say that good leadership and collaboration are setting the foundations and path forward for post-COVID recovery.  As countries rush to vaccinate their populations, we may begin to see a slow return to a more normal life.  In the U.S., the vaccination campaign started slowly but is gaining speed with some predicting that this summer we will see a significant lessening of restrictions.  In Africa, the first vaccines distributed through the WHO-backed COVAX initiative arrived in late February.  Ghana was the first to take delivery of 600,000 doses on February 24, with the Ivory Coast receiving 504,000 doses a couple of days later.  Both countries started their vaccination campaigns on March 1.   Sudan is the third country in Africa to receive vaccines through the COVAX initiative.  President Nana Akufo-Addo of Ghana became the first to receive a COVAX-provided vaccination.

Other promising news was highlighted in CCA’s annual Africa Economic Outlook program which we held in February.   Our series of three webinars featured experts presenting their perspectives on key trade, investment, business trends and other issues affecting the African economy for the coming year.   They provided our stakeholders the chance to hear experts and leaders discuss economic policies, job creation, debt alleviation, the building of resilient health and ICT infrastructure and the effective implementation of AfCFTA.  Of course, what makes these issues even more critical this year are the economic challenges that all nations are facing as a result of the COVID pandemic.  Overall, the series presented a more positive outlook for Africa’s economic recovery and future than one might have expected.

The first session on February 9, featured Dr. Albert Zeufack, Chief Economist for Africa at the World Bank Group, and Dr. Bartholomew Armah, Director of Macroeconomic and Governance of UNECA.  Dr. Zeufack highlighted five policy areas that directly translate into investment opportunities:  restoring fiscal space for service delivery, expanding digital infrastructure, adding value to and diversifying exports, enhancing urban connectivity, and human capital.  He noted that digital technology can be successfully leveraged to improve service delivery across African countries both in education and health and stressed the important role that the private sector has in this area.

Dr. Armah focused on the role of energy in economic recovery.  He said the lessons learned in the African Union’s response to the COVID pandemic to ensure the distribution of PPE could be applied to investing in energy.   He also noted the importance of agri-processing and the need to go back to the basics in the area of agriculture “because if we want to feed our people while creating jobs, we need to invest in agri-processing.”

For the second webinar in the series on February 16, CCA was honored to host H.E. Wamkele Mene, Secretary-General of the African Continental Free Trade Area (AfCFTA) Secretariat and Stephen Lande, President of Manchester Trade who delivered closing remarks.  SG Mene discussed the key opportunities that AfCFTA will open for both established and first-time investors on the continent.  He highlighted the success of the first phase of this historic and unprecedented effort while acknowledging the challenges ahead, including different custom procedures, trade facilitation issues and inadequate infrastructure.  He noted that AfCFTA members will need to build the capacity of national customs authorities, increase their efficiency and empower them to implement the rules and fight corruption. SG  Mene went on to address the impact of the pandemic which disproportionately affected Africa, and the role AfCFTA will have in the post-pandemic recovery.  He firmly believes that properly implemented, AfCFTA will be a catalyst for economic activity and faster overall recovery.

In his closing remarks, Mr. Lande acknowledged the importance of AfCFTA, praising the efforts of those who made it possible.  Agreeing that it will play an important role in Africa’s economic recovery, he advised U.S. companies to invest in Africa now to leverage the enormous potential of an integrated African market – the largest free trade area in the world.

The final session on February 23, featured Dr. Rita Babihuga-Nsanze, Chief Economist at the Africa Finance Corporation and Dr. Hippolyte Fofack, Chief Economist and Director of Research and International Cooperation at the African Export-Import Bank.   Dr. Babihuga-Nsanze noted that Eastern and Southern Africa will likely face a slower economic recovery due to the importance of the tourism industry in their economies.  However, West Africa will recover more quickly as a result of commodities linked to industrial production in China, access to fiscal space and global price competitiveness.   She saw liquidity, debt and financing to be the major themes for the coming year.

Dr. Fofack highlighted Africa’s resiliency, even during the pandemic, noting that six of the ten fastest-growing economies in 2020 were in Africa.  He noted that AfCFTA will allow Africa to take advantage of economies of scale and “become a global and productive actor in the reordering of global supply chains” that will result from the pandemic.

In my January message, I indicated that CCA still hoped to host our U.S.-Africa Business Summit in Marrakesh during the third quarter of 2021.  Alas, we were a little over-optimistic about the course of the pandemic.  With the slower than hoped for rollout of vaccines and the appearance of several variants, we realized that hosting something in Marrakesh would simply not be safe or practical.  So, we look forward to hosting a virtual U.S.-Africa Business Summit this summer, most likely at the end of July or early August that will focus on the new Biden-Harris Administration’s strategy and engagement with Africa.  While perhaps not as much fun as a live summit, we will have more flexibility and hope to attract the participation of key USG officials, African Heads of State and ministers, and CEOs from both U.S. and African companies looking to re-engage and grow the U.S.-Africa economic relationship.  My team is busy preparing for a very successful event.

In the interim, CCA is preparing policy recommendations for the Biden Administration on how the U.S.  “Build Back Better” strategy and a renewed, stronger, more respectful U.S. relationship with Africa can support economic growth and post-COVID recovery on both sides of the Atlantic.   We look forward to sharing those recommendations soon.

As we move into spring, always a symbol of renewal, I am confident that the world will slowly come out from under the cloud of COVID-19 and slowly transition to a more normal life.  CCA will continue to host virtual events, but perhaps by the end of the summer, we may be able to transition slowly back to more in-person events, even if small.  In the meantime, I want to thank the CCA Board of Directors and all our members for your ongoing support.  And, as always, a huge thank you to the amazing CCA team!