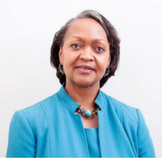 When I wrote to you in February, I forecast 2019 would be a busy and productive year.  Even I had no idea just how busy it would be.  I’m delighted to report that, just under 50 days to the U.S.-Africa Business Summit to be held in Maputo on June 18-21, we already have eleven heads of state confirmed (from co-hosts Mozambique, Botswana, Equatorial Guinea, Eswatini, Guinea Bissau, Kenya, Malawi, Namibia, Rwanda, Zambia, Zimbabwe), as well as ministers from a number of countries.  We’re honored that Secretary of Commerce Wilbur Ross will again lead a strong U.S. Government delegation to the Summit, as he did in 2017, including senior officials from seven agencies.  Our panels are shaping up well, and we look forward to seeing you in Maputo for what I know will be a landmark event.

The Summit is perfectly timed for American and African businesses to meet with government leaders from across the continent to take stock of a number of important events.  At the top of the list is the completion of the ratification process for the African Continental Free Trade Agreement (AfCFTA).  On April 29, two states deposited their ratification instruments, reaching the required threshold of 22 to bring AfCFTA into force, which will take place on May 30.  This will make the upcoming meeting of the African Ministers of Trade July 7 in Niamey that much more important.   Ministers are expected to approve a number of legal instruments that will support AfCFTA’s implementation, including rules of origin, final schedules of tariff concessions for trade in goods, proposals to monitor and remove online non-tariff barriers, next steps on establishing a digital payments and settlement platform, and launch of the African Trade Observatory Portal.   As you can tell from this long list of items, African countries are moving quickly to lay the groundwork for regional and continental economic integration.  We were delighted to host a Trade Working Group on April 16 that helped unpack some of the details, including what the timelines for the next year or two look like.  As part of our panel, we hosted South Africa’s AfCFTA negotiator, Wamkele Mene, who explained the depth of African leaders’ political will to complete these arrangements on a breathtakingly ambitious schedule.  He helped us recall how far African countries have come in just over three years since the formal launch of the negotiations in 2016.  CCA will continue to hold events to help members stay abreast of these fast-moving developments and digest what their impact is.  The simple conclusion is that Africa is rapidly taking steps to become a much more modern, integrated and competitive market, which should mean that individual countries and regions are that much more attractive as potential partners and markets for U.S. firms.

There were two excellent examples of countries making their pitch directly to CCA members in Washington.  In March, CCA was pleased to host Sierra Leone’s President Bio and his top economic advisers, who explained in detail the country’s plan to triple GDP in the coming decade.   The discussion was very open and President Bio’s team was incredibly responsive, literally making connections with companies at the event that seem likely to result in commercial deals.  In April, CCA also hosted President Tshisekedi of the Democratic Republic of Congo, who outlined his administration’s economic development priorities, and underscored his interest in attracting more partnerships with American firms, including in sectors like mining.  During the Spring Bank/Fund meetings, CCA organized meetings with Prime Minister Coulibaly of Cote d’Ivoire as well as Cote d’Ivoire’s Minister of Petroleum, Energy, and Renewable Energy; hosted Nigerian Ministers of Finance and Budget and Planning; and convened a discussion of U.S. companies with Kenya’s Cabinet Secretary of Industry, Trade and Cooperatives Peter Munya regarding the future of the U.S.-Kenya trade and investment relationship.  All of these exchanges point to the very real interest of African countries to make better connections with American companies.  It has been refreshing to hear so many countries willing to talk through some of the trade and investment challenges companies sometimes face, as well as to see a number of countries taking steps to improve their doing business environments.

There are certainly still challenges across Africa, as we heard in the African Finance Forum on April 10.  We had a great set of experts, including from the IMF, the Angolan and Mozambique Central Banks, as well as several private sector firms talk through some of the challenges involved in creating the correspondent banking relationships and providing access to hard currency that integrated business transactions require.  There was a clear sense that Africa is relatively underbanked, particularly measured by developments in other continents.  There was also a recognition that this is one of the sectors where Africa is most likely to leapfrog previous development models, and apply much more agile new technologies (Fintech) that can unlock significant growth opportunities as well as  improve integration of rural and poorer populations.

As in the rest of the world, natural disasters and politics continue to intervene.  We were pleased to host an event with the Ambassadors from Mozambique, Malawi and Zimbabwe – each hit to different degrees by Cyclone Idai – as well as welcome a presentation by a strong team from U.S. Agency for International Development’s (USAID’s) Office of Foreign Disaster Assistance that is coordinating the USG response to this disaster.  This event was a great opportunity to hear more detail about what the three affected countries need, and how the U.S. and the international community have been responding.  We look forward to continuing these discussions at the U.S.-Africa Business Summit and beyond, as the needs will continue to be immense, particularly as theses three countries move from immediate relief efforts to longer-term reconstruction.

April also saw several important political developments in Africa.  First and foremost was the Nigerian election at the beginning of the month, with the re-election of President Buhari.  Like many others, we eagerly await his cabinet selections to get a better idea of what priorities he will pursue in his second term.  South Africa is also on the cusp of an important national election that will have a big impact on the future of the country.  We were pleased to host one of President Ramaphosa’s Investment Advisors, Phumzile Langeni, as part of our Africa Finance Forum, where she explained the priority the president places on attracting more Foreign Direct Investment from American firms.  There have also been important transitions in Algeria and Sudan, where situations are still evolving.

The common thread through all of these developments is that events in Africa are as dynamic as they have ever been – from national elections in key countries to the ratification of AfCFTA which will be a long-term game-changer for the entire continent.  CCA will continue to provide members and other stakeholders the access, connections, and insights needed to take advantage of positive changes and opportunities in the growing African market, while the United States under new initiatives such as Prosper Africa and the Build Act facilitate greater U.S.-Africa trade and investment.    We look forward to robust engagement and discussion of all of this during the U.S.-Africa Business Summit and to seeing you in Maputo!