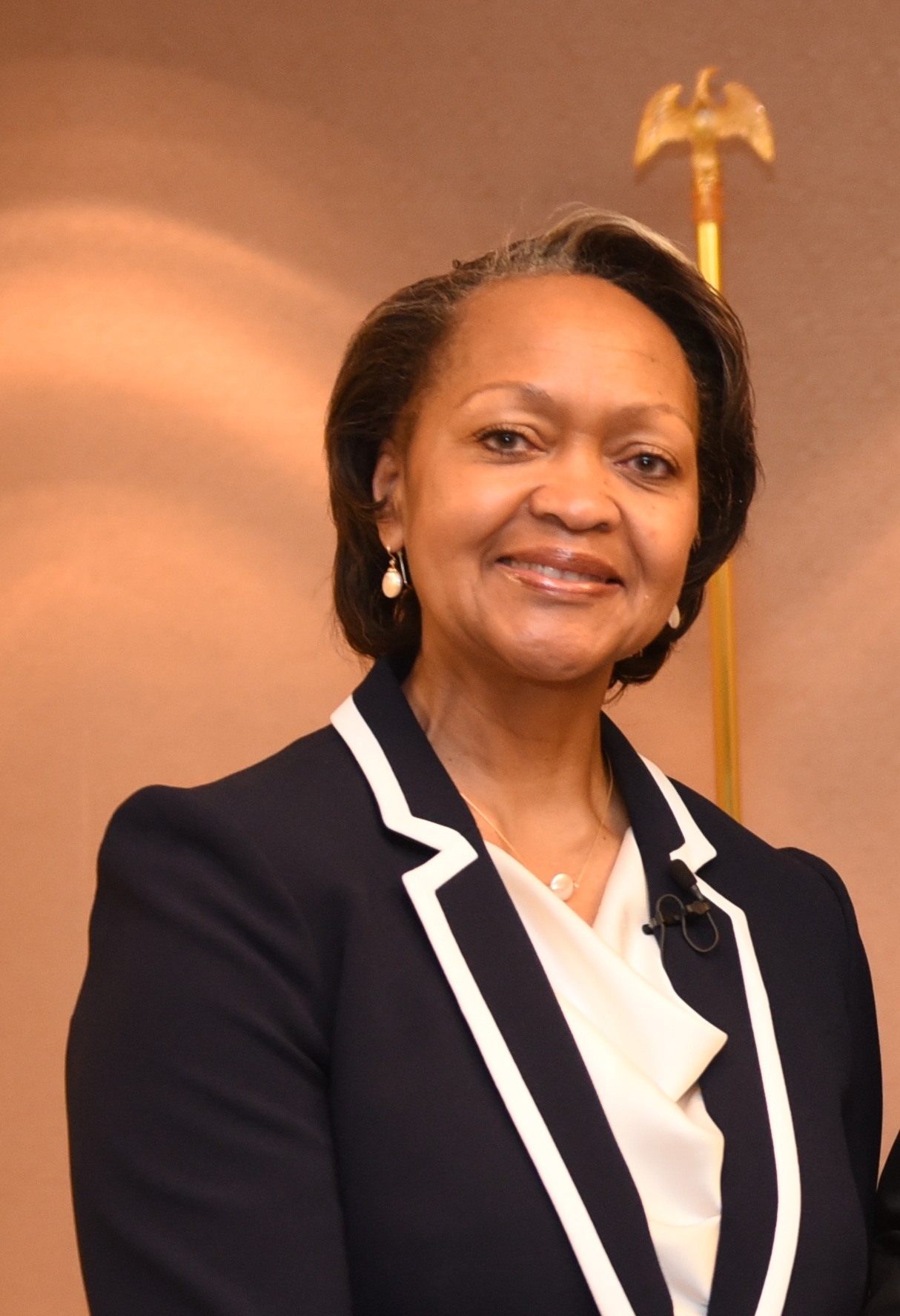 As I reflect on the past year and look forward to the new year, I am pleased to say that  enhancing U.S.-Africa trade and investment, which African and U.S. government and business leaders often tout as a goal,  is now much more than a lofty aspiration; it’s an exciting reality.

In my nearly three years as President and CEO of the Corporate Council on Africa (CCA) (and for many years before when I served in U.S. government), we often hear from the Africans “where are the Americans? Why are they not coming to Africa and investing in Africa the way others are?” It is not true that American companies are not in Africa. Many CCA member companies have been investing in and operating in Africa for many years – for example, GE and Caterpillar have been in Africa for over 100 years, Citi and Procter and Gamble for over 50 years, and even “newcomers” like Google are doing business across the continent.  However, U.S. companies – which could certainly do more in Africa’s growing and lucrative market – have not had the visibility nor the support that competitors from around the world enjoy.  Those companies (whether Chinese, French, Japanese, or German) benefit from national policies and initiatives that target Africa and are rolled out with much fanfare.  They also have institutions that provide tools and tangible support to their private sectors to invest in and export products to the African market.

In the past year, the United States has announced and launched Prosper Africa – a new initiative that aims to substantially increase two-way trade and investment between the U.S. and Africa, and brings together the full range of U.S. government agencies and resources to connect U.S. and African businesses with new buyers, suppliers and investment opportunities. Corporate Council on Africa was pleased that Prosper Africa was rolled out – and with much fanfare – at our signature U.S.-Africa Business Summit in Maputo, Mozambique in June 2019.  Nine African Heads of State or Government, ministers from over 26 countries and some 1300 participants including CEOs and other business executives attended the Summit.  The Prosper Africa launch featured  the Deputy Secretary of the U.S. Department of Commerce, the USAID Administrator, the Assistant Secretary of State for Africa, the Director of USTDA and officials from nearly a dozen U.S. government agencies, including OPIC, Exim Bank, USTR, and others who are committed to working together in a coherent and pro-active way to advance Prosper Africa’s goals.    Since then, “deal teams” have been established at embassies across the continent to provide practical assistance to those companies navigating new partnerships, ventures and investments in Africa.

In addition, a new executive agency of the U.S. federal government – the U.S. International Development Finance Corporation (USIDFC or DFC) has been launched to provide foreign assistance through the financing of private development projects.  Consolidating the Development Credit Authority (DCA) of USAID with the Overseas Private Investment Corporation (OPIC), the new DFC will raise the spending cap of investments to $60 billion (more than double the $29 billion of OPIC) to provide loans, loan guarantees and insurance to companies that invest or operate in developing countries.   DFC’s newly appointed CEO (Adam Boehler) has already visited Africa – confirming the agency’s commitment that Africa will be a key target and focus for DFC.  Just a few days ago – on December 19th and 20th– Congress approved and President Trump signed legislation fully funding and thereby launching DFC – only one of several important steps that takes us from aspiration to reality in terms of enhancing the U.S.-Africa economic relationship.

I am also excited about the full funding and seven-year reauthorization of the Export-Import Bank of the United States (EXIM). This too was a result of legislation passed by Congress and signed by the President which grants EXIM the longest-ever reauthorization and the ability to provide the necessary export credit to African (and other) purchases of U.S. goods and services – something that EXIM was hampered from doing for over two years.  In my capacity as CCA President and a member of the EXIM sub-Saharan Africa Advisory Committee (which only recently became functional again), I see this as one of the most concrete ways to level the playing field, while giving visibility to U.S. partnerships and projects in Africa and the needed financing for such  projects. CCA was pleased to host EXIM President and Chairman Kimberly Reed at our CCA Annual Members meeting and as part of our High-Level Dialogue series.  She noted then that EXIM (even while under short term authority) was already paving the way for what will likely be record financing of  new projects across Africa – approving recent loans to Mozambique ($ 5 billion  for a gas project) and Senegal ($ 86 million preliminary commitment for electrical and renewable  energy projects).

CCA has also focused on the African side – from developments in individual countries to market opportunities that will result from implementation of the African Continental Free Trade Area (AfCFTA) Agreement.   While there are many we could mention, I was especially pleased that CCA organized events and High-Level Dialogues featuring President Bio of Sierra Leone, President Tshisekedi of the DRC, and most recently Prime Minister Hamdok of Sudan. 2019 also saw CCA events featuring Ambassador Fitsum of Ethiopia, three Nigerian Ministers (Finance, Budget and Planning, and Trade and Investment) as well as Governors of several Nigerian States, and most recently the African Union (AU) Trade and Industry Commissioner Albert Muchanga and Mcebisi Jonas, a South African Investment Envoy and former Finance Minister.  From nations small to large and for the continent as a whole, all made clear that there is no better place to invest and do business than in Africa.

On both the U.S. and the African side, we are at a time when we are moving from hopes and aspirations for an enhanced U.S.-Africa economic relationship to clear pathways and platforms for realizing that vision.

Finally, I cannot talk about CCA’s goals for the future without also mentioning key sectors in which CCA is doing some new things that we believe will promote growth and prosperity for both Africa and America.  Under CCA’s Health Working Group, we have worked with our members in the health sector to focus on the private sector’s role and partnerships with government to address both communicable and non-communicable diseases in Africa.   We are dedicated to a reality – not just an aspiration – to promote the investments needed in this critical sector.   And on ICT, we relaunched CCA’s ICT Working Group, drawing a large crowd to discuss the challenges as well as opportunities and reflecting how important this sector is in supporting African competitiveness and widespread growth.

Looking forward to 2020, there is more excitement to come.  CCA, in partnership with the Kingdom of Morocco, will be hosting the 13th U.S.-Africa Business Summit in Marrakech, Morocco on June 9-12.  This will be the first time we’ve done Summits on the continent two years running and the first-ever Summit in North Africa.  I recently returned from a trip that took me to Rabat, Casablanca and Marrakech to meet with government officials and the private sector and to experience the sights and sounds of the Summit venue.  We have selected a beautiful venue and the Moroccans are very enthusiastic about hosting us!

CCA looks forward to continuing to help the U.S. and African private sectors succeed on the continent.  In 2020, we will support Prosper Africa to reach its full potential.  We especially look forward to working with the new U.S. International Development Finance Corporation (DFC) as it gets off the ground and with EXIM as it takes advantage of its long term reauthorization to provide the very real tools and support U.S. and African businesses need to succeed in Africa.

We are thankful to our members, and to our supporters and partners in the U.S. and African public and private sectors who have been there with CCA throughout 2019 and will be with us in 2020 to promote the vision and reality of stronger trade, investment, and business ties between the United States and the nations of Africa.  Happy Holidays and may the New Year be a successful and prosperous one.