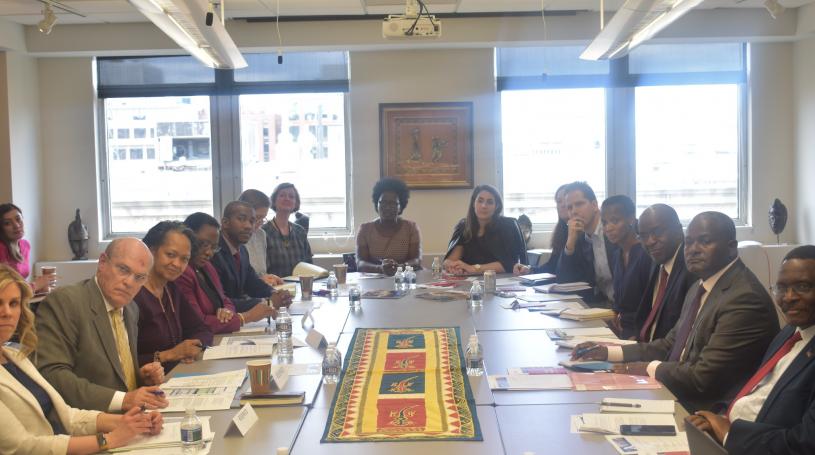 On April 15, 2019, CCA hosted the Ambassadors of Malawi, Mozambique and Zimbabwe as well as Admiral Tim Ziemer, the Acting Assistant Administrator of USAID for the Bureau of Democracy, Conflict and Humanitarian Assistance. Each of the three Ambassadors explained the impact of Tropical Cyclone Idai, which struck the three countries March 14 and 15. They described the widespread impact that the extensive rains before and after had on transportation infrastructure, as well as housing, particularly for poorer communities. Admiral Ziemer explained the efforts that USAID’s Office of Foreign Disaster Assistance had undertaken in coordination with international relief efforts to meet the urgent needs of the hundreds of thousands of displaced people across the region.

Admiral Ziemer and the Ambassadors all agreed that the response is now shifting from immediate relief to the longer-term reconstruction efforts. Admiral Ziemer explained that public and private sector donors generally look to the host country governments to start the process of determining what’s needed to support reconstruction, as well as the ongoing needs of displaced people. Each of the three Ambassadors offered some initial details about their country’s plans on reconstruction, and noted that the UN will organize a meeting in Maputo in mid-May to begin coordinating the response of official donors and charities. They all welcomed the support that CCA and member companies have expressed to date, and looked forward to providing more information about specific needs as they develop. CCA will work with the three embassies and with USAID to provide updates on the response as well as on individual country reconstruction plans as they become available. More information is available at: https://www.cidi.org/disaster-responses/mozambique-cyclone/#.XMiY0TBKiJA