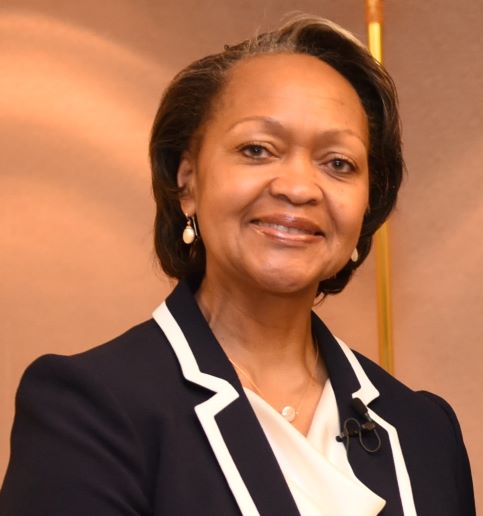 As October draws to a close, CCA is reflecting on our long-awaited “coming out” – organizing for the first time in nearly  eighteen months a number of in-person and “hybrid” high level meetings during the 76th United Nations General Assembly (UNGA) in September.  It felt great to go beyond the virtual world and to actually hold live meetings with African Heads of State, Ministers, and to have CCA member company executives join us.  Although we were careful to limit the numbers and follow the COVID-19 protocols still needed, we experienced the excitement of convening U.S. and African government and private sector stakeholders – a hallmark of CCA.

As we look to shape the CCA 2022 calendar, we recognize that this is a particularly important time in trade and investment relations between Africa and the United States, as well as the relaunch of many companies’ Africa business strategies. There is heightened collaboration on African vaccine access, production, COVID testing and medications, with important contributions from the USG and U.S. companies like Pfizer, Moderna, Abbott, Gilead, and Johnson and Johnson.  African countries are also making important policy changes to support economic recovery from the COVID pandemic and to cope with once-in-a-generation changes in global supply chains. Africa is, moreover, on the cusp of finalizing the first phase of the African Continental Free Trade Agreement (AfCFTA), which will be the largest free trade area since the formation of the WTO when it goes into full effect. The prospects for a more integrated, harmonized market with innovative dispute settlement and payments mechanisms is already catalyzing companies to ramp up investments in a range of sectors. There are also important opportunities and potential changes on the U.S. side. AGOA in its current form is set to expire in 2025, and Congress is beginning to think through what approaches would make most sense for the future. The U.S. Government is also working on its broader Africa strategy, taking important steps on the Prosper Africa initiative, holding the first AGOA Forum during the Biden Administration, and looking to build on the President’s commitment that Africa will be an important part of its global Build Back Better program. These are all part of a dialogue on what approach the U.S.  should take to promote U.S.-Africa trade and investment, including whether to continue the negotiations begun under the previous administration on a Free Trade Agreement with Kenya.

As I said, CCA was delighted to host a series of in person country-focused events on the sidelines of this year’s UNGA meetings.  The theme for the 2021 UNGA was “building resilience through hope – to recover from COVID-19, rebuild sustainably, respond to the needs of the planet, respect the rights of people and revitalize the United Nations.”  We kicked off our series of events by hosting a “Nigerian Governors Dialogue” on September 14 featuring a distinguished panel of four Governors from Ekiti, Plateau, Edo and Sokoto States.  They noted the critical importance of state governments in facilitating economic engagement in Nigeria.

Later that week we hosted the “Doing Business in Kenya Road Show” in partnership with the Government of Kenya which served as an opportunity to discuss challenges and opportunities in doing business in the country.  A highlight of our UNGA events was co-hosting with the Tanzanian Private Sector Foundation H.E. President Samia Suluhu Hassan of Tanzania – the only female African Head of State – at our “US-Tanzania Business Roundtable” on September 22.  President Hassan praised the event, stating that “this forum compliments our desire to put trade and investment at the forefront of our bilateral relations between Tanzania and the United States.”  On September 23, we were pleased to meet with H.E. Hakainde Hichilema, the President of the Republic of Zambia since his notable opposition party victory in August.  Joined by several key ministers, President Hichilema highlighted that much had been lost in the country over recent years and that he welcomed CCA and its members thinking about what has been done in other countries to successfully promote trade and investment that we could now replicate in Zambia.

Our fifth event on the margins of UNGA was a “US-Namibia Business Roundtable” on September 27 which featured remarks by prominent members of the Namibian government led by H.E. President Hage Geingob.   CCA members attending both in person and virtually heard about Namibia’s plans in developing a more diversified economy, going beyond mining to include green and renewable energy, health, infrastructure, and agriculture.  The final event we hosted during UNGA was the “African Development Bank Private Sector Dialogue” on September 29 which served as an opportunity to discuss opportunities and challenges in private sector engagement on the continent.  In his opening remarks, African Development Bank (AfDB) President Adesina emphasized the need for AfDB and CCA to work collaboratively on deals, ensure the mitigation of risk, and work with governments to improve the doing business environment for investment.

Building on our UNGA events, CCA was pleased to organize several country-focused forums on the sidelines of the fall World Bank/IMF meetings as part of our Africa Finance Forum series.  On October 5, we met in person with Senegalese Minister of Economy, Planning and Cooperation Amadou Hott and discussed ways that the USG and private sector could creatively use SDRs to finance key infrastructure projects in Africa.  In our “Relaunching the Angolan Economy” forum, we were pleased to feature Angolan Minister of Finance Vera Daves de Sousa and Angolan National Bank Governor José deLima Massano who shared the opportunities in a number of Angola’s growth sectors, and the policies the Government of Angola has implemented to facilitate U.S. and other FDI into the country.

On October 11, CCA held a high-level event in New York with H.E. President Uhuru Kenyatta of Kenya who witnessed the launch of the U.S.-Kenya SME Trade initiative conceived by CCA in collaboration with the Kenya Private Sector Alliance (KEPSA).  The initiative’s three core objectives are to support greater U.S.-Kenya trade under AGOA and any future U.S.-Kenya trade arrangement by providing training and support to scale up SMEs in both countries; promote SME-driven Kenya-U.S. trade and investment as envisioned by the U.S. Prosper Africa Build Together campaign; and to develop a database and online market of trade opportunities to connect Kenyan and U.S. SMEs with potential buyers, suppliers, and partners.  We were inspired by the remarks of President Kenyatta who highlighted the critical role that women and women-owned entrepreneurs play in Kenyan economic development, and his call for the U.S. to continue the negotiation of a U.S.-Kenya Free Trade Agreement (FTA) that will provide longterm certainty to the U.S.-Kenya trade and investment relationship.

On October 19, CCA hosted the AGOA Private Sector Forum which brought together a distinguished panel of government and private sector leaders to think creatively about how best to use all available tools to create a stronger U.S.-African trade and investment partnership that supports both African and U.S. companies, creates jobs, and promotes economic transformation on both sides of the Atlantic – something that is a core goal of the Prosper Africa Build Together campaign.  CCA captured key observations and recommendations from the discussion and provided them as formal input into the meeting of U.S. and African ministers, the Virtual African Growth and Opportunity Act (AGOA) Ministerial, that followed over the next two days.

I’ll wrap up my message by sharing my incredible surprise and honor in receiving the Lighthouse Award of the Washington International Trade Association (WITA) at the annual WITA trade “prom” on October 20.  The Lighthouse Award is given in recognition of the contributions an individual has made over the course of their career to trade policy, the understanding of global trade, or expanding the benefits of global trade.  I have been touched by the many people – near and far – who have reached out to congratulate me and to say how much my brief (and unprepared) remarks on how trade impacts the lives of Africans and others around the world touched them.

I look forward to working with the CCA Board of Directors and the incredible staff to ensure that CCA continues to be that strong voice and advocate promoting a U.S.-Africa economic relationship that makes a difference in the lives of people in the U.S. and across the African continent.