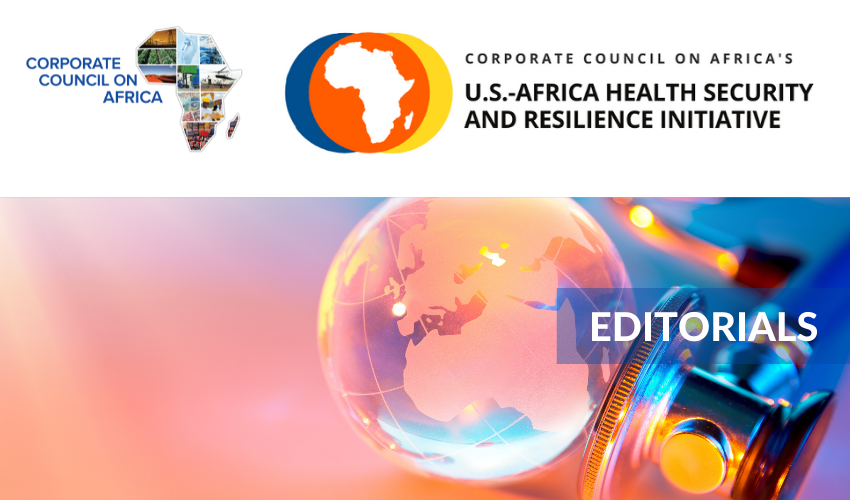 The tragic scale of the COVID outbreak in India over the last few weeks has dramatically illustrated why it is so critical to vaccinate people all around the world as quickly as possible.  There is no question that the current distribution of vaccines, with roughly 86% of doses having been delivered to developed countries, and the current rate of vaccinations, which may take until 2023 to reach all countries, simply will not provide true global protection and will leave all of us vulnerable to COVID and its variants.

On May 5, the U.S. Trade Representative, Katherine Tai, announced that the U.S. would support the efforts of India and South Africa, among others, to apply to the WTO for a waiver of patent rights to allow more companies to manufacture COVID 19 vaccines.  The Administration justified its decision on several grounds, including the strong desire to accelerate the development and distribution of vaccines as quickly as possible.  This decision has rightly been regarded as groundbreaking, given that the U.S. Government has historically been a strong defender of intellectual property rights.  The argument effectively boils down to extraordinary times require extraordinary measures.  The announcement has, perhaps predictably, produced strong reactions in favor and against.  Instead of getting distracted by this debate, it would be better to embrace the shared commitment of companies and governments to focus relentlessly on the practical steps necessary to vaccinate 70% or more of the world’s population (to begin to approach ‘herd immunity’) while also laying the groundwork for better cooperation and coordination between companies and governments to better prepare us for future pandemics.

In retrospect, the case for waiving patent rights was much stronger last October, when India and South Africa first applied to the WTO.  Companies were still gearing up production, and countries were still sorting out their risk appetite in terms of making the financial commitments that ultimately created the historically rapid vaccine development we have today.  If the United States had been focused at that time on ensuring that poorer countries, including in Africa, would not only have access to vaccines, but would have been prepared to address the range of logistical, distribution, and other issues, there are many steps it could have taken.   the U.S. could have spelled out what it was planning in terms of  advanced market commitments, support for the firms making critical components and ingredients for these vaccines, and coordinated similar actions from other advanced nations and International Financial Institutions.  As part of those discussions, it would have made sense to agree with companies and international partners on a distribution plan that would have provided for more even global distribution.  That would also have been a good time to incorporate frameworks to support local production of not just vaccines but also component parts and ancillary equipment (e.g., syringes).  But we must accept that the USG was, in fact, itself struggling with making the optimal decisions to fight COVID in the U.S. and thus not prepared to weigh in effectively on what we now know are key issues surrounding the fight against COVID in Africa and around the world.

What is critical now is that we recognize that there are a number of factors the United States must work with its African and international partners to address if the world is to win the battle against COVID-19.  Waiving patent rights is not a silver bullet and will not by itself be sufficient to fight COVID in Africa.   Production in Africa of the complex RNA vaccines is not impossible, but we should acknowledge that there are many factors which point to this being a longer-term option.  We know, for example, that negotiating the terms of a patent waiver in the WTO could be lengthy, that the required  licensing partnerships are complex and also take time, specialty machines must be purchased, verification and analytical processes must be established, producers must pass public health trials, staff must be trained, and scaling up production must avoid contamination and other pitfalls we’ve seen even in developed countries  Africa can potentially start down this path today – perhaps with the hopes of being in a position to produce complex vaccines in the future – not to fight COVID but perhaps other coronaviruses that medical experts anticipate.  In this important moment when Africa is looking to re-open its economies and to deliver real results  by  getting shots in the arms of as many of its people over the next 18 months,  the short-term focus has to be on what is possible NOW.

1.3 billion vaccine doses have been delivered into arms around the world (including 22.5 million in Africa), and another 10 billion plus are on the way over the next 12-18 months.  Hundreds of companies have invested significant sums to get to advanced stages of design and testing, with two dozen at final evaluation stages with health authorities around the world.  If successful, they will deliver several billion more doses over the next two years.  To cite two recent examples, immediately after the WHO issued an Emergency Use Approval to Moderna and Sinopharm in the first week of May, Moderna has already signed a contract with COVAX to provide 500 million doses over the next year, and Sinopharm is expected to provide a large number of doses as well. Pfizer and BioNTech have offered to provide 100 million doses to the African Union in addition to the 40 million doses they will provide to the global COVAX facility in 2021.  At least one African company (i.e., Aspen in South Africa) is poised to produce the viral vector JNJ vaccine by the end of June – with hopes that a handful of others may come on board.  While the current public debate is focused on getting more companies involved in vaccine production, the actual manufacturing bottleneck comes from shortages of companies that make critical components, like phospo-lipids, specialized filters and bio-reactor bags.

Thus it is also important for Africa to get access to sufficient quantities of raw materials and all the related equipment needed to support vaccine manufacturing, including glass vials that meet the specific requirements of each vaccine, specialized filters and chemical components, etc.   Africa must avoid the pitfalls seen with several companies around the world at advanced stages of vaccine production that have had to push back their production plans because of shortages of key inputs, like single-use plastic reaction bags.  The companies making these components have been scrambling to increase their capacity and production – in one case, by 100 times in the last year – but they face limits on how much faster they can expand without assistance.

There are a number of steps the U.S.  Administration can take now that will have immediate impacts in accelerating the manufacture of vaccines, their distribution and global vaccination campaigns that will also help strengthen the framework to combat future pandemics, including in Africa.  Those steps include:

First,  the USG should clarify its position on patents to make sure that it does no harm to the dozens of companies that are at advanced stages of clinical trials and/or regulatory review (e.g., Novavax, which is expected to supply as many as 250 million doses this year to  COVAX).  It should carefully analyze how the proposed waiver on patent rights (especially for mRNA vaccine manufacturers) might impact  companies pursuing that and other technologies to get the millions of dollars they need to reach  the production stage and start distribution.  Spelling out its plans to support companies with products at advanced stages of development, including potentially through guaranteed purchases, is by far the fastest way to increase vaccine production globally, including from companies working on oral and pill forms of vaccines that would ease distribution.

Second the Administration should outline a clear strategy to support accelerated global vaccine production, including in Africa.  When the U.S. announced on March 12 that it would work with Japan, Australia and India to increase vaccine production by one billion doses by the end of 2022, they implicitly recognized that accelerating production will take far more than just a patent waiver.  They opted in this case to expand financial support for market mechanisms for companies producing vaccines approved by the WHO.  The Administration should broaden this initiative to include support for vaccine and component production in Africa and other parts of the world.  The Administration should spell out clear forms of support for commercial development from DFC and EXIM, combined with regulatory outreach from the FDA, NIST and PTO, to start creating the framework that could accelerate partnerships and investments in the advanced facilities the world needs that are aligned with the regulatory and monitoring regimes needed to ensure public safety and prevent counterfeits.  Setting up this kind of framework would make it much easier for U.S. and other vaccine producers to find and develop partnerships with companies across in Africa and elsewhere.

Third the Administration should focus more of its efforts on two further barriers to greater vaccination rates: distributing vaccines within countries to vaccinators; and overcoming vaccine hesitancy.  The United States is a good example of the intensive kind of effort it takes to plan and execute a nationwide vaccination campaign, including figuring out the required storage, setting up monitoring and reporting chains, and keeping supply chains moving.  Finding and training sufficient vaccinators has already been a challenge in developed countries, and will be even more of a challenge in places like Africa, where many countries already faced critical staffing shortages in health clinics and hospitals.   Vaccine hesitancy is already a problem in developed countries, and there have been reports of local concerns slowing vaccine distribution in several African countries.  It is likely that greater availability of vaccines will help generate more demand, and pursuing this strategy is clearly the right thing to do.  In this regard, however, it is important to avoid any steps, however unintentional, that would delay vaccine manufacture and distribution in the short term even while working to support new companies to get up and running over the longer term.

Africa offers a good test case for all three of these lines of effort.  The African Union and related institutions, including the African Development Bank, have already set up a related set of innovative platforms to address last year’s shortages of personal protective equipment and ventilators, among other things.  They have built on this to crease a unified vaccine acquisition platform that makes it much easier for companies to sell to African countries, and addresses a lot of the logistical and transactional issues.  The African Union has already begun identifying the companies on the continent that either currently have or could develop the advanced manufacturing capacity for these vaccines and their components.  The U.S. should take a leaf from the ASEAN partnership and start discussing a menu of specific steps the U.S. can take with Africa to accelerate the development of these companies and foster partnerships with American producers.  The U.S. can also use this opportunity to expand partnerships on Research and Development, and develop mechanisms to foster application of new and evolving technologies to existing diseases without treatments and expanding cooperation on disease discovery.  The U.S. can also broaden its cooperation with African countries to increase the capacity of Africa’s health systems to detect and treat diseases, and enhance disease response.  There is significant capacity for private sector companies, American and African, to help build out this framework to provide more efficient, lower cost and more effective health care systems.  The Corporate Council on Africa launched its U.S.-Africa Health Security and Resilience Initiative last December to facilitate exactly this kind of collaboration, and stands ready to work with the U.S. and African Governments, as well as private sector partners to implement these areas of partnership.